Witness at the Border: #4 - The Airport

“... while the organization would simply right itself by some compensating reaction in another part of its machinery – since everything interlocked – and remain unchanged.”
-- The Trial, by Franz Kafka

When Witness at the Border began, its focus was on the new Migrant Protection Protocol (“Remain in Mexico”) program and the camp it caused to spring up on the other side of the border. However, as organizers began to observe daily charter flights of shackled migrant deportees flying out of the Brownsville airport, and saw the size of the camp in Matamoros begin to stop growing, they shifted some of their attention to include witnessing at the airport.

Official U.S. government reports confirm that MPP numbers have plateaued, and various news stories have begun to report on the growth of new fast-track deportation programs like PACR and HARP. We might view this as moving squarely into the second stage of a shift from “catch and release” to “deter and deport” by the current administration.

This has led the organizers to become more visible in asserting their pre-dawn witness and protest activities at the airport. Some have even started getting arrested for placing their bodies in the way of busses entering the airport loaded with migrants being deported. As noted before, these passengers are shipped to other countries under asylum cooperative agreements.

We do not know yet where these people are being held (and for how long) awaiting the bus trip to the airport for deportation. Related mysteries include what is going on inside the Casa Padre facility in an abandoned Walmart at the edge of town. This originally was contracted out to hold unaccompanied minors (whose numbers reportedly have shrunk dramatically). The parking lot is filled with employee cars every day, yet the public does not know who may be in there.

The charter planes, buses, and undisclosed holding locations are clearly key moving parts in this new phase of controlling migration across the U.S.-Mexico border. More to come. 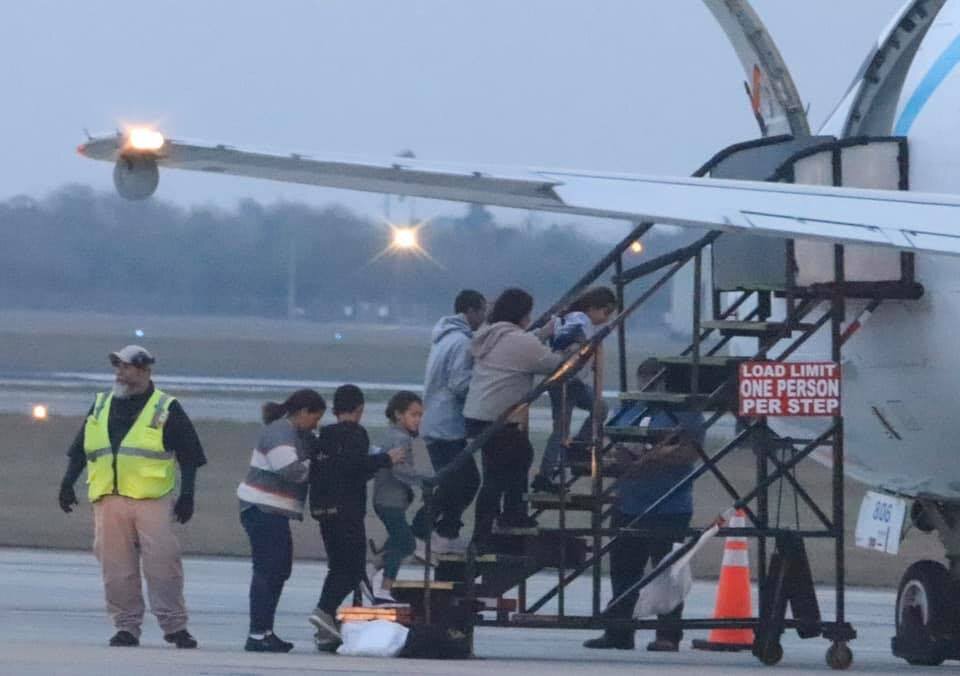 Unlike solo deportees, this family is not shackled 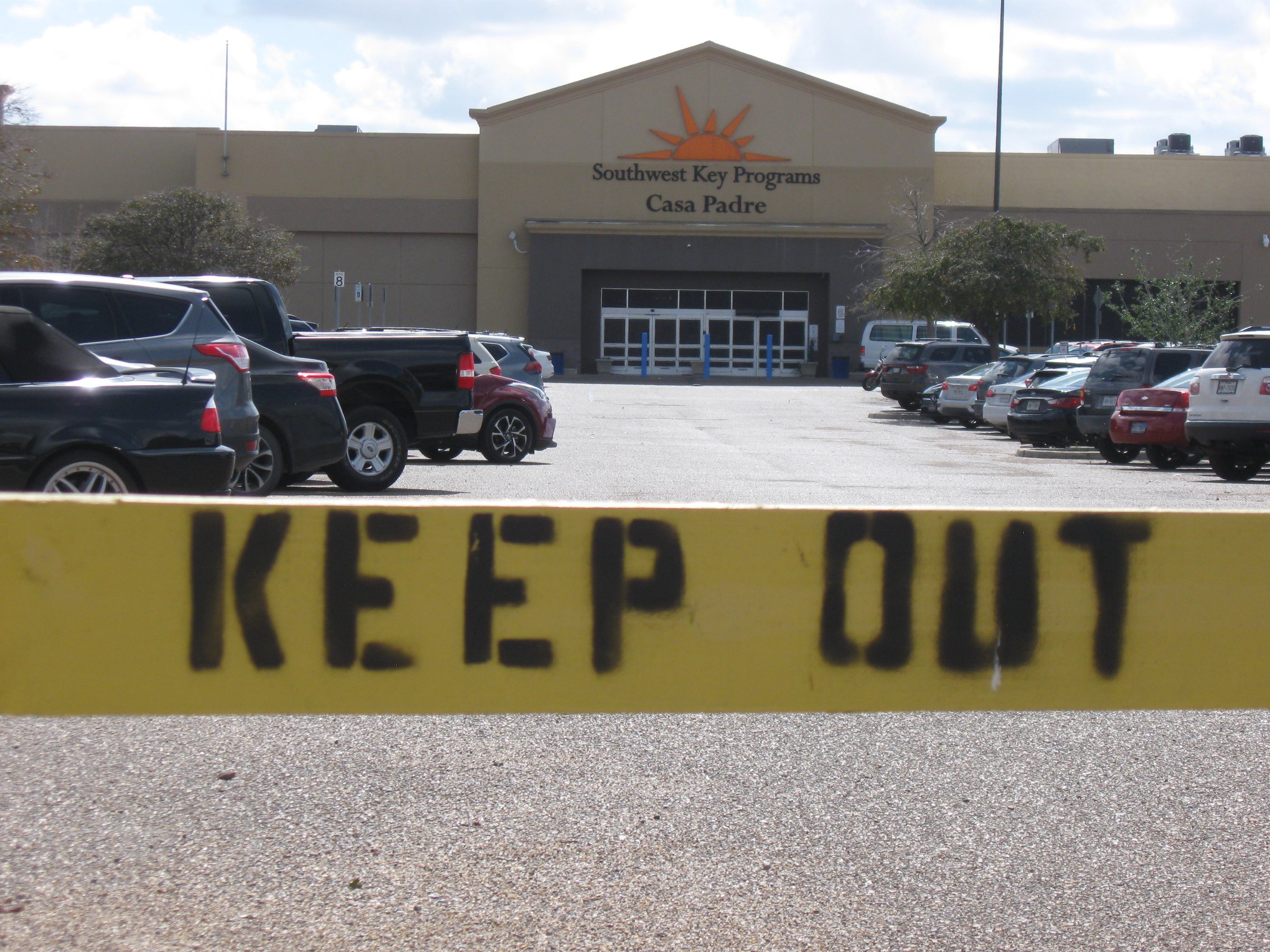