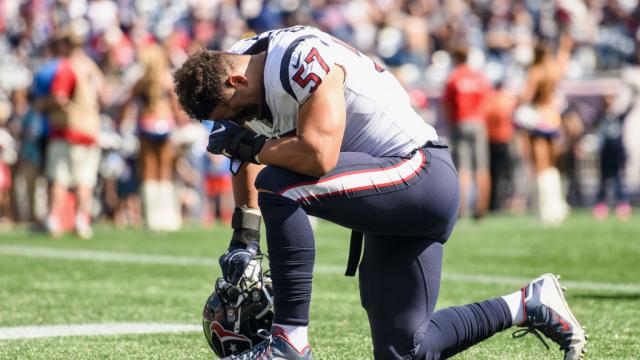 “Don't allow racists to reframe #TakeAKnee as being a debate about anthem & flag. It's a protest of police brutality & racism...”  –Bree Newsome (filmmaker, musician, speaker, activist) via Twitter

“So many people who confuse peaceful protest with "disrespecting the flag" and "dishonoring the military" loudly identify as Christians. Yeah, the Bible is pretty clear about false idols and Jesus had some things to say about war and violence... #Takeaknee”  --Connelly Stokes-Buckles (OEP supporter) via Facebook

On Earth Peace and OEP-Racial Justice community regularly lifts up stories like #TakeAKnee as we seek to support communities of color in their work for racial justice and equity.