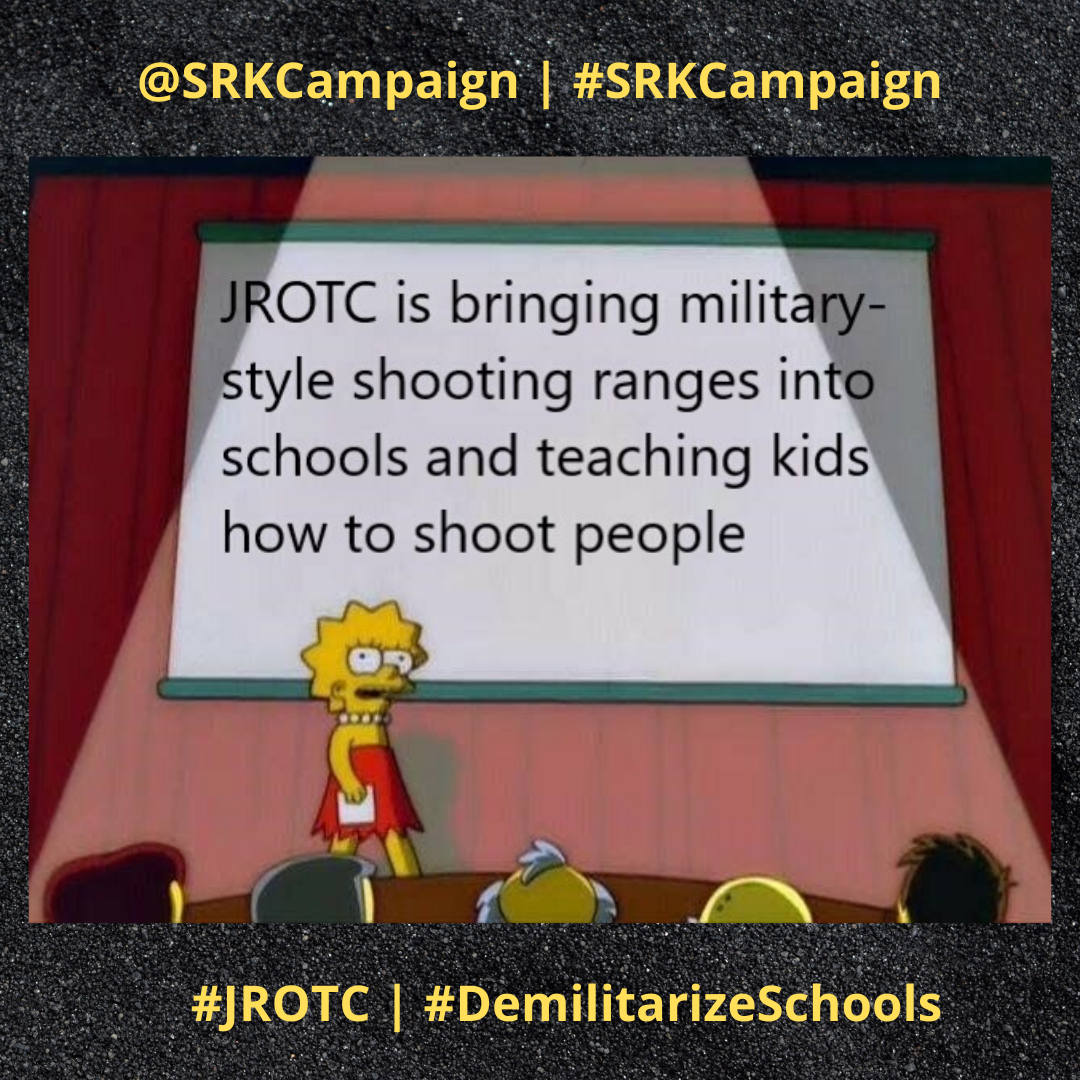 If you follow the Stop Recruiting Kids Campaign and you've been seeing our JROTC memes and wondering, "Hey, how much of that is actually true?" then you're in the right place!

Even though the Department of Defense (DOD)'s official position is that JROTC is not a military recruitment tool, the truth about JROTC points to a different reality than the one the DOD wants us to believe. 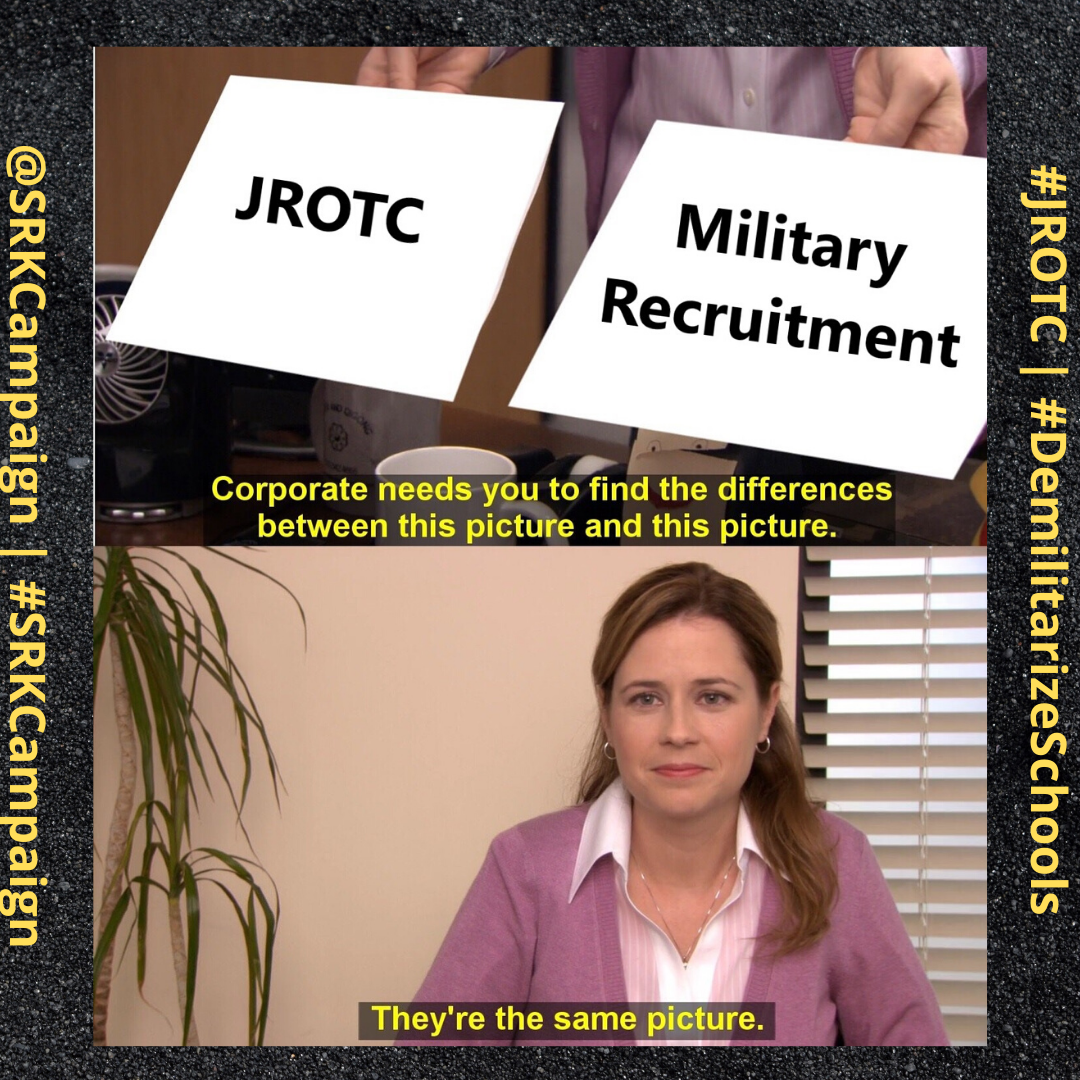