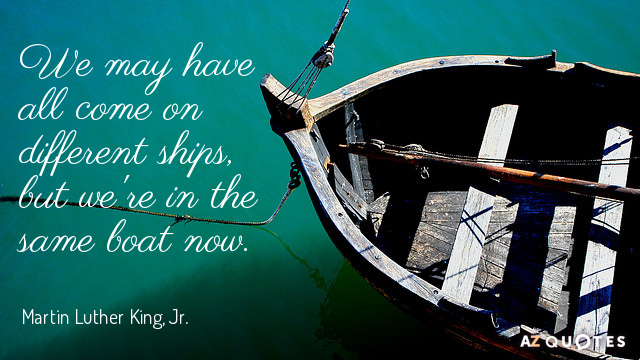 Join On Earth Peace on September 7 for a panel and discussion on migrant justice. We will use this panel discussion and online conversation to fuse our efforts in helping those who risk their lives for a safe place to work and call home here in the U.S.

This is an opportunity to connect with other advocates and activists to share local, regional, and national ideas. Have an opportunity to share what your church, organization, or you as an individual are doing around this issue that may strengthen our networks of advocacy.

Award-winning London-based US-American author, educator, podcaster, and presenter, Sarah is currently sharing her journey from outrage to activism one tale at a time. Read stories from her forthcoming book, THE FIRST SOLUTION: TALES OF HUMANITY FROM THE BORDERLANDS (Fall 2023). Enjoy her audio tales and interviews, WITNESS RADIO: A PODCAST ABOUT IMMIGRATION endorsed by Witness at the Border. Sarah is available for interviews, speaking engagements, and writing opportunities on the topics of US immigration, global migration, and non-formal education. She also coaches writers and offers creative nonfiction writing workshops for individuals or groups of all ages. We will also explore Sarah's introduction to Mother of Exiles: Interviews of Asylum Seekers at the Good Neighbor Settlement House, Brownsville, Texas, a book by James Pace that brings a human face to the borderlands crisis through eighty-five poignant interviews of asylum seekers from Bangladesh, Cameroon, Cuba, Ecuador, El Salvador, Guatemala, Honduras, Mexico, Nicaragua, and Venezuela.

Former teacher, Andrea helped found Team Brownsville, founded in 2018 by a small group of like-minded educator volunteers. Together they have become one of the strongest humanitarian assistance groups in the Rio Grande Valley of Texas. They work tirelessly to help asylum seekers who find themselves in Brownsville, TX and those who are waiting to cross the border into the United States.

In her role with the Pennsylvania Council of Churches, Sandy serves through the public advocacy ministry, and with the Council strives to: (1) empower people of faith, through education and skill-building, to make a difference for the common good in the public square; and (2) advocate on behalf of the Council’s member church bodies before Pennsylvania’s legislative and administrative branches of government. Sandy also has long been an advocate and activist in Central Pennsylvania, including an active supporter of Shut Down Berks Coalition, a group of organizations and individuals fighting to close the Berks County immigrant prison in Pennsylvania. Sandy received her Master of Divinity degree from Lancaster Theological Seminary and is ordained as a Minister of Word and Sacrament in the Presbyterian Church (USA). The Pennsylvania Council of Churches comprises church bodies and agencies representing Anabaptist, Episcopal, Orthodox, Pentecostal, and Protestant communions in the Commonwealth of Pennsylvania working together for Christian unity for the sake of the world. Public Witness is one of several ministries of the Pennsylvania Council of Churches. To learn more about the Council, visit the main website at www.pachurches.org.

Tonya has been with the organization from its inception and continues to lead the group's in-person events, online education events, rallies, protests and ongoing communication campaign to local and federal legislators responsible for the use of the facility. Members of the coalition include organizers, lawyers, immigrant leaders, faith communities and allies. The Berks immigrant prison was one of three prisons for immigrant families in the U.S. until early 2021 when, after years of community advocacy, it was emptied. BCRC was the only publicly owned prison for immigrant families in the country. Berks County owns and operates the building and grounds, and leases it to ICE who also rents office space from Berks County. The Berks immigrant prison remained empty for almost a year until, under the Biden administration, ICE resumed the imprisonment of immigrants in January 2022. This time, ICE is imprisoning immigrant women as young as 18 years old at the site.

D.C. Update from the Migrant Solidarity Mutual Aid Network on families being bused there and coalition working together.

Various faith communities are supporting this effort by serving as respite sites, with sites rotating each day with names of sites and locations secured to avoid backlash. The work is a combination of different faiths, lay and clergy led, and many who are not associated with congregations at all. It is a mix of mutual aid and congregational volunteers from congregations in the greater DC region which are supporting the efforts of the Migrant Solidarity Mutual Aid Network in various ways, including the Church of the Brethren.