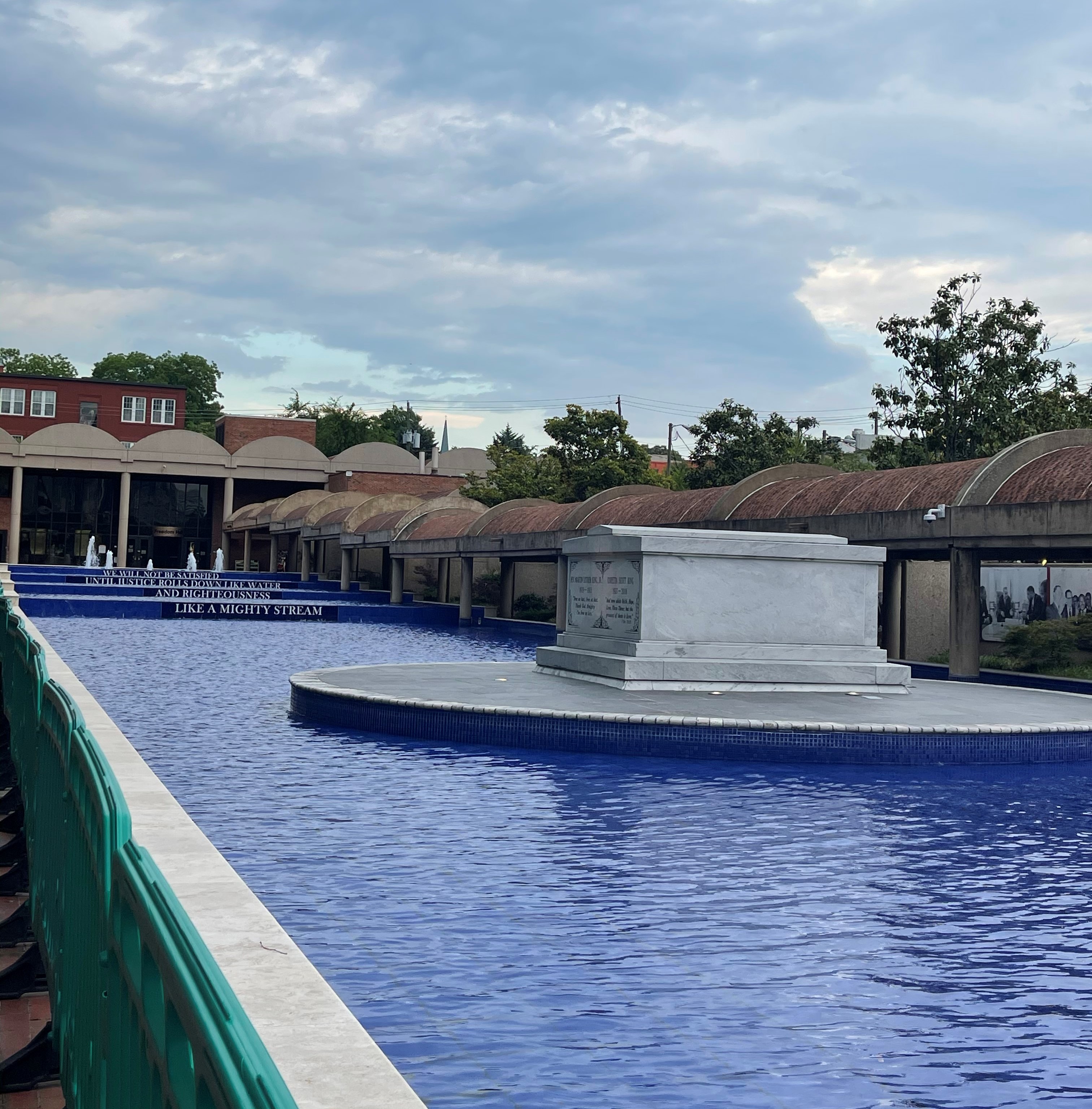 In the month of May, I was able to stop by Martin Luther King, Jr. National Historical Park in Atlanta, Georgia. The park consists of: a museum; the path of Martin Luther King Jr.; The King Center for Nonviolent Social Change with the burial place of King and his wife Coretta Scott King; an 1894 firehouse that served the Sweet Auburn community until 1991; the "I Have a Dream" International World Peace Rose Garden; a memorial tribute to Mohandas K. Gandhi; and the "International Civil Rights Walk of Fame" commemorating some of the courageous pioneers who’ve worked for social justice.

The historic park highlights the life of Martin Luther King Jr. and grounds his legacy as a leader of the American Civil Rights Movement. The museum is established in his hometown and next to the historic Ebenezer Baptist Church where he, his father, and grandfather pastored. In fact, Dr. King’s maternal grandfather, Rev. A.D. Williams, was Ebenezer’s second pastor, and was succeeded by Rev. Martin Luther King, Sr., who served as the third pastor from 1933 until his retirement in 1975. Then in 1947, Dr. Martin Luther King, Jr. served as co-pastor until he left to attend Crozer Theological Seminary in Pennsylvania, in September 1948. He continued to co-pastor from 1960 until his assassination in 1968.

I’ve never been to the park but on this first trip I was amazed by how big it was. First I visited The King Center for Nonviolent Social Change and was greeted by the familiar six principles of Kingian Nonviolence:

The principles were written on the wall across the water that held Martin Luther King Jr.’ memorial tomb. This was so interesting to me because here were Dr. King’s principles that he practiced and held so closely still with him in his death. It was also comforting because it reminded me of my OEP team and the support I receive from them no matter how far I am.

Another part of the park that I really enjoyed was the eternal flame symbolizing the continuing effort to realize Dr. King’s ideals for the Beloved Community which requires lasting personal commitment that cannot weaken when faced with obstacles. Additionally, the "I Have a Dream" International World Peace Rose Garden that included inspirational messages of peace that are annually written by their Top Winning Youth from the U.S. and the world. Overall the park was really great and I enjoyed remembering the powerful man that is Martin Luther King Jr.