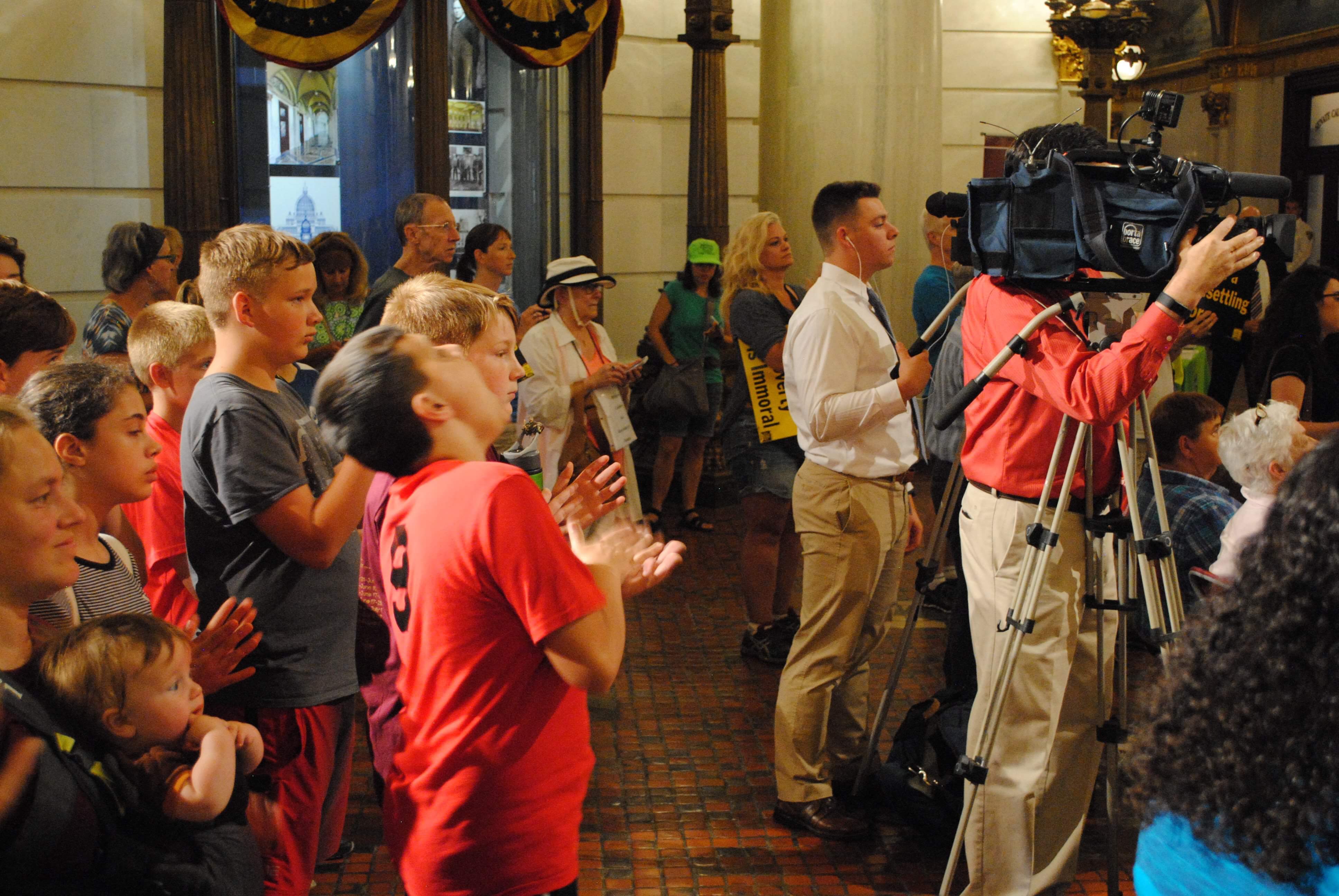 Junior High youth who attended the Church of the Brethren Workcamp in Harrisburg, PA, co-sponsored by On Earth Peace, engaged the Poor People's Campaign by plugging into the theme of restoring a moral narrative.  During their work and learning, youth were asked to consider the stories they'd been told about where and who they were serving and compare it with what they were discovering during the week.  Leaders from Brethren Housing Association and bcmPEACE led these discussions.  Workcampers also toured the Pennsylvania State Capitol building during the PPC rally held there each Monday and joined for a short part of the demonstration.