Getting Curious with Jonathan Van Ness 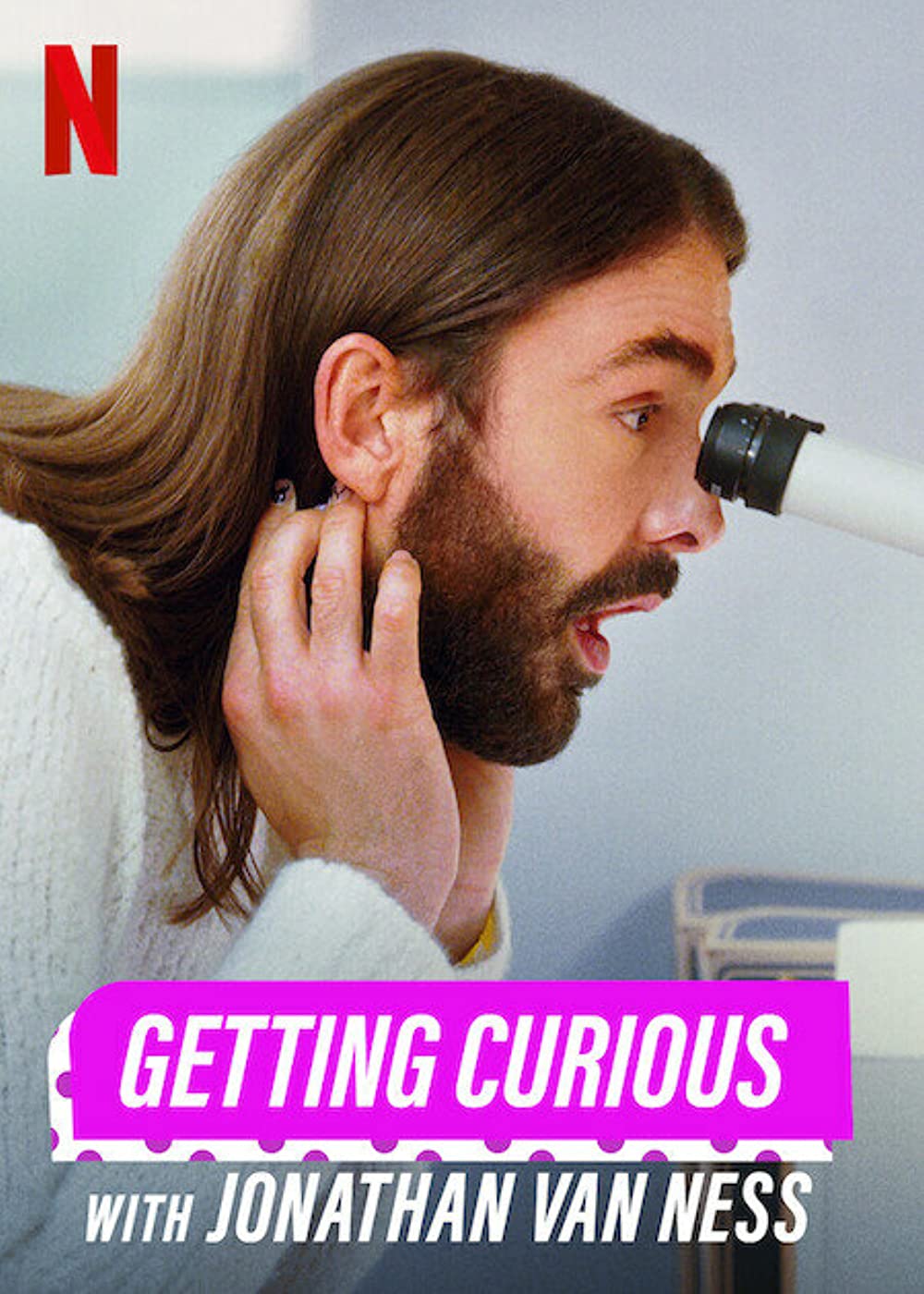 Caption: A person is looking through a microscope with the title of the show underneath.

This month, I’m recommending the show ‘Getting Curious with Jonathan Van Ness’. The entire 6-episode series came out earlier this year, with bite-sized episodes that are easily digested while also giving a lot to think about. Jonathan explores multiple fields, from learning about bugs and all their intricacies to investigating the snack industry and the rise of sugar addiction. However, there were two episodes that really struck a chord in me; one focusing on the gender binary, and the other focusing on skyscrapers and how they’re built.

In the episode titled "Can We Say Bye-Bye to the Binary?", Jonathan has a discussion with gender-nonconforming people who don’t fit in the binary mold of male and female. “They try to disappear us…there’s been an orchestrated attempt to literally eradicate us,” Alok, a guest on the show, stated. This really stood out to me, especially when there were just bills signed in Florida against teaching about gender identity in primary schools and anti-trans legislation passed in Texas that claims gender-affirming healthcare for trans kids will be considered child abuse. Throughout the years, there have been countless anti-trans bills introduced to American legislature, bringing all of our supposed ‘progress’ with the LGBTQ+ community to a grinding halt. Being a part of that community, it especially hurts to see this happen and affect some of my close friends, which is why this episode really left an impact on me.

In the episode titled "Are Skyscrapers Huge Divas?", Jonathan learns how skyscrapers are thought of and built, while also exploring how they can damage the communities around them. Smaller neighborhoods can be destroyed by the building of luxury, high-rising apartment complexes by literally having upper class people (most of which are white) towering over the lower and middle class groups (most of which are immigrants and people of color) that were already settled there. I’d never considered how dangerous that could be, how a building could pose such a threat to ethnic communities in a city, and how that building has the power to wipe away the diverse cultures living there.

‘Getting Curious with Jonathan Van Ness’ is currently on Netflix. It also exists as a podcast on Spotify, Apple Podcasts, and Earwolf, following the same idea of exploring different fields of knowledge. Give it a listen when you can!