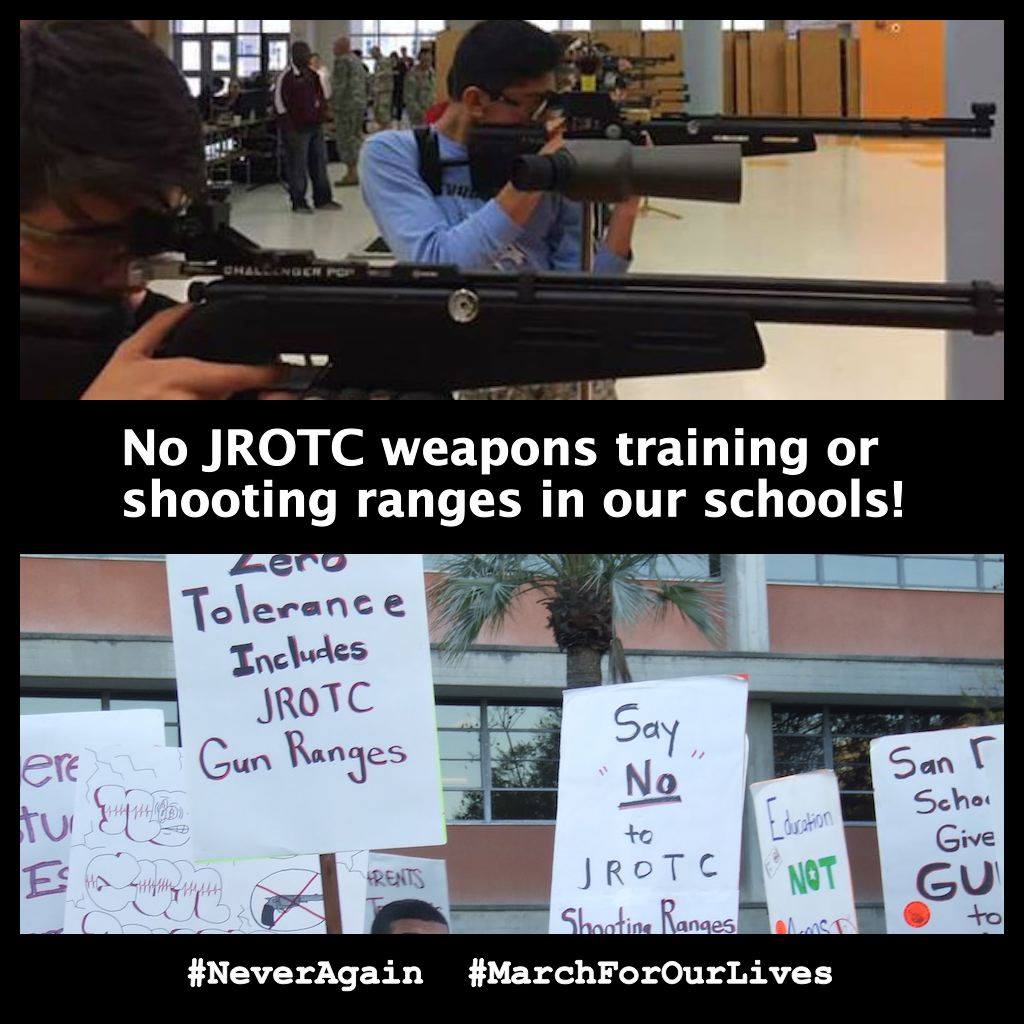 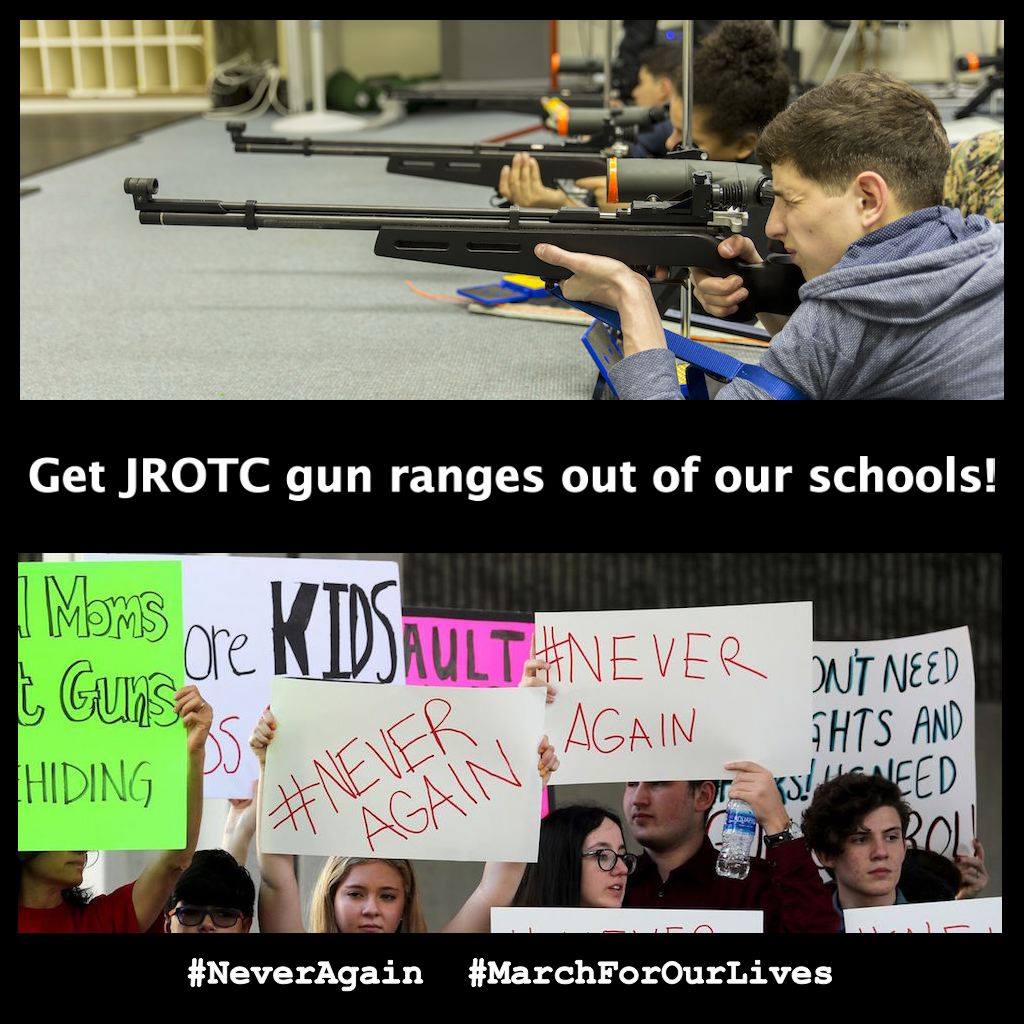 On Earth Peace is a member of the National Network Opposing the Militarization of Youth (NNOMY), and our executive director Bill Scheurer is on the NNOMY steering committee.

OEP is also the national sponsor of the Stop Recruiting Kids Campaign (SRK), where NNOMY is a national partner and our executive director is the co-coordinator.

Below is an article by NNOMY steering committee member, Rick Jahnkow, on the recent campaign by OEP, NNOMY, SRK, and others to remove weapons training programs from schools after the mass shooting at Marjory Stoneman Douglas High School in Parkland, Florida.

NNOMY was formed in 2004 to support the efforts of various groups around the country working to counter military recruiting and demilitarize schools. In that role, it has recently facilitated discussions on strategies for limiting the presence of marksmanship training and shooting ranges in high schools. Most of these programs have been introduced with little public scrutiny through the Junior Reserve Officers' Training Program (JROTC).

Some groups belonging to the NNOMY network have had extensive experience organizing around the JROTC issue. One, the Project on Youth and Non-Military Opportunities (Project YANO), helped form a local San Diego coalition that succeeded in removing JROTC shooting ranges and marksmanship training from eleven high schools. To accomplish this, the coalition brought together students, teachers, parents, and other community allies, all of whom mobilized to bring their concerns to the San Diego school board. Besides eliminating weapons training from local schools, their campaign also resulted in the complete removal of Marine Corps JROTC at one school.

NNOMY's recent strategy discussions are what led OEP, SRK, and Project YANO to collaborate in producing a powerful set of graphic images, or memes, to raise the issue of school marksmanship training through social media. Furthermore, in April, NNOMY and Project YANO produced a new organizing tool, the Guide to Removing Marksmanship Training from High Schools, which adds an action component to the memes that are circulating in social media.

In June, NNOMY will be hosting a strategy summit in Chicago that will bring together representatives from several dozen organizations. Over the two-day gathering, strategies will be discussed and developed to intensify the collective efforts of groups seeking to demilitarize schools and educate young people about alternatives to military enlistment.