Witness at the Border: #5 - The Camps 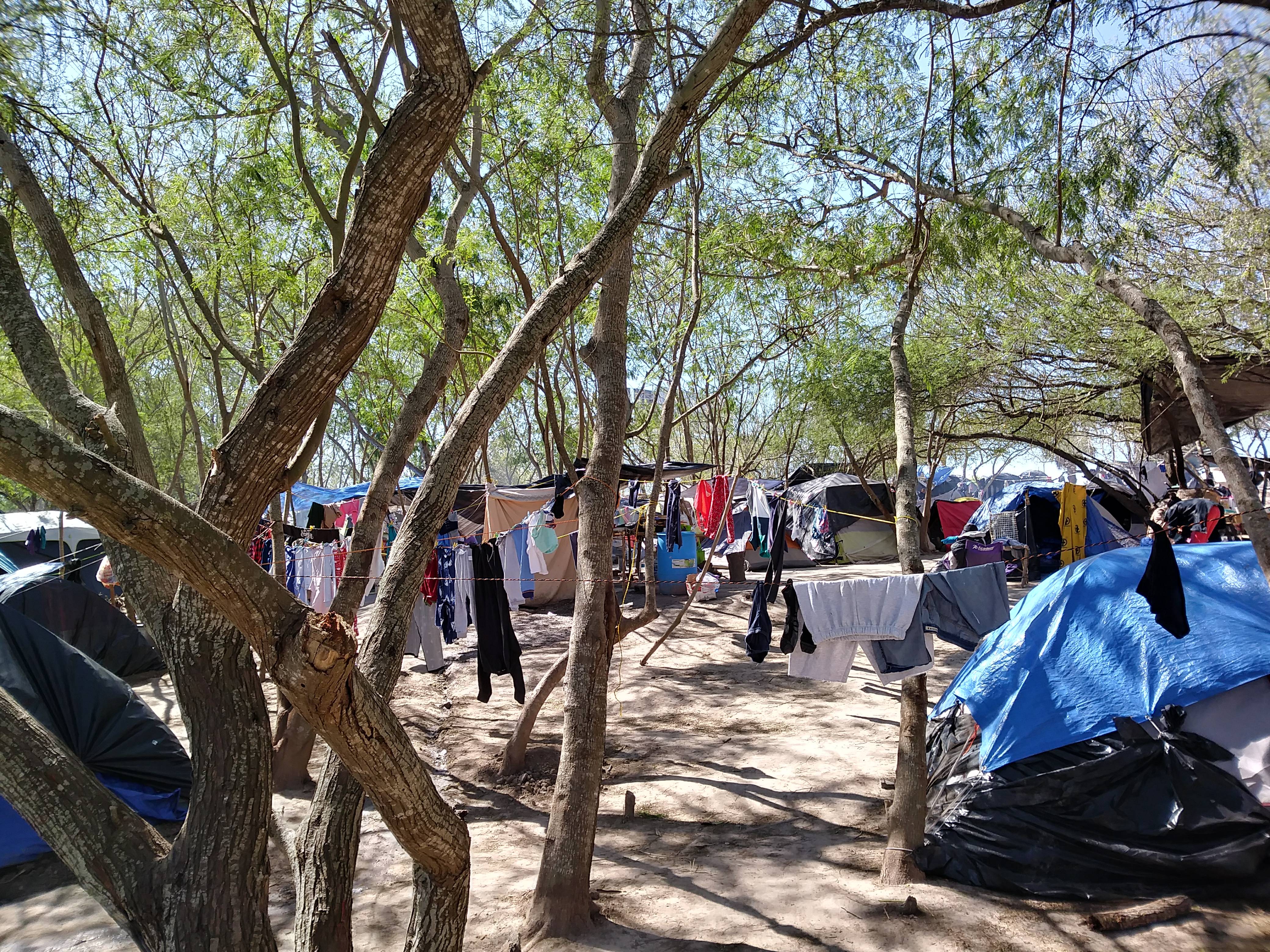 The city of Matamoros in the state of Tamaulipas, Mexico is a city of more than a half million people, and the center of a metro area with over one and a quarter million. It is closely connected with the city of Brownsville, Texas directly across the border. So closely that one organizer wryly referred to Brownsville as a “gated community” suburb of Matamoros. This is where the Mexican and U.S. governments decided to park more than 2,000 asylum seekers in a makeshift migrant camp in a popular public greenway between the levee and the river.

Whenever it rains, the park turns into puddles and mud. The main contribution of the local government was to erect a large pavilion for some of the plastic tarp make-do tents that first housed these people. Later, they added an electric panel for charging smartphones.

Pretty much everything else has come from churches and nonprofit organizations like Team Brownsville, Catholic Charities, Doctors Without Borders, and others. These relief contributions include such necessities as porta-potties, family camping and commercial tents (and pallets to elevate some of these above rainwater), field medical services, water systems and shower stalls, help with education and play for children, and of course daily food.

The residents also do a lot for themselves and each other in their new temporary community. They keep the camp clean and free of litter, engage in schooling and play activities with kids, plant gardens, buy and prepare food, and work together for safety and public order in the nearly complete absence of any government security services. Impromptu small businesses spring up in the camp, such as outdoor food markets and restaurants, and even a barbershop.

One phenomenon I consistently noted was ad hoc household formation with new friends from different countries. It was common to find people from three or four different national origins sharing tents and “porch” spaces with others they just met in camp, seeming like they have been together forever as family or friends. The instinct for human bonding is strong wherever we go. 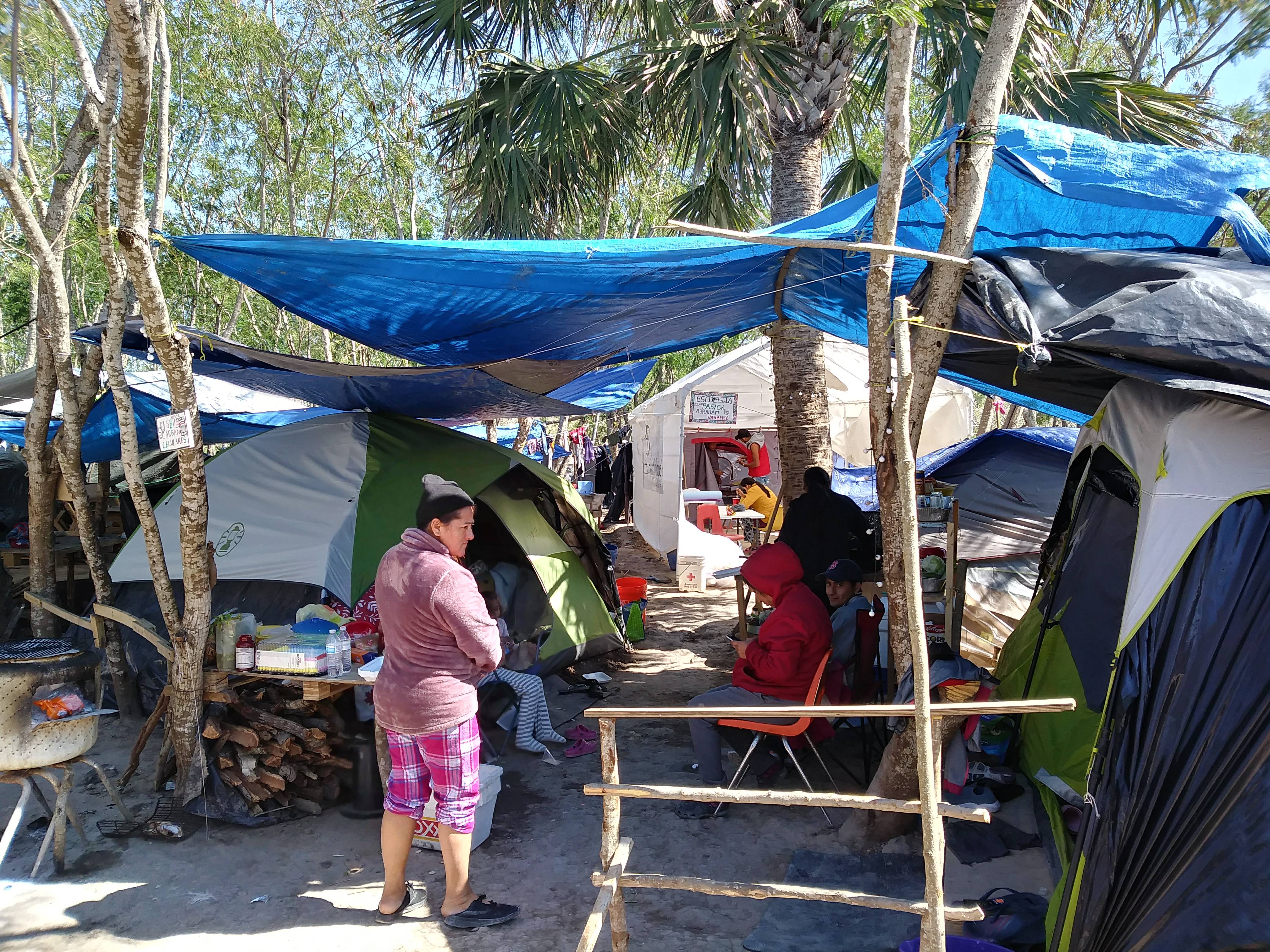 sharing households with new friends from other countries 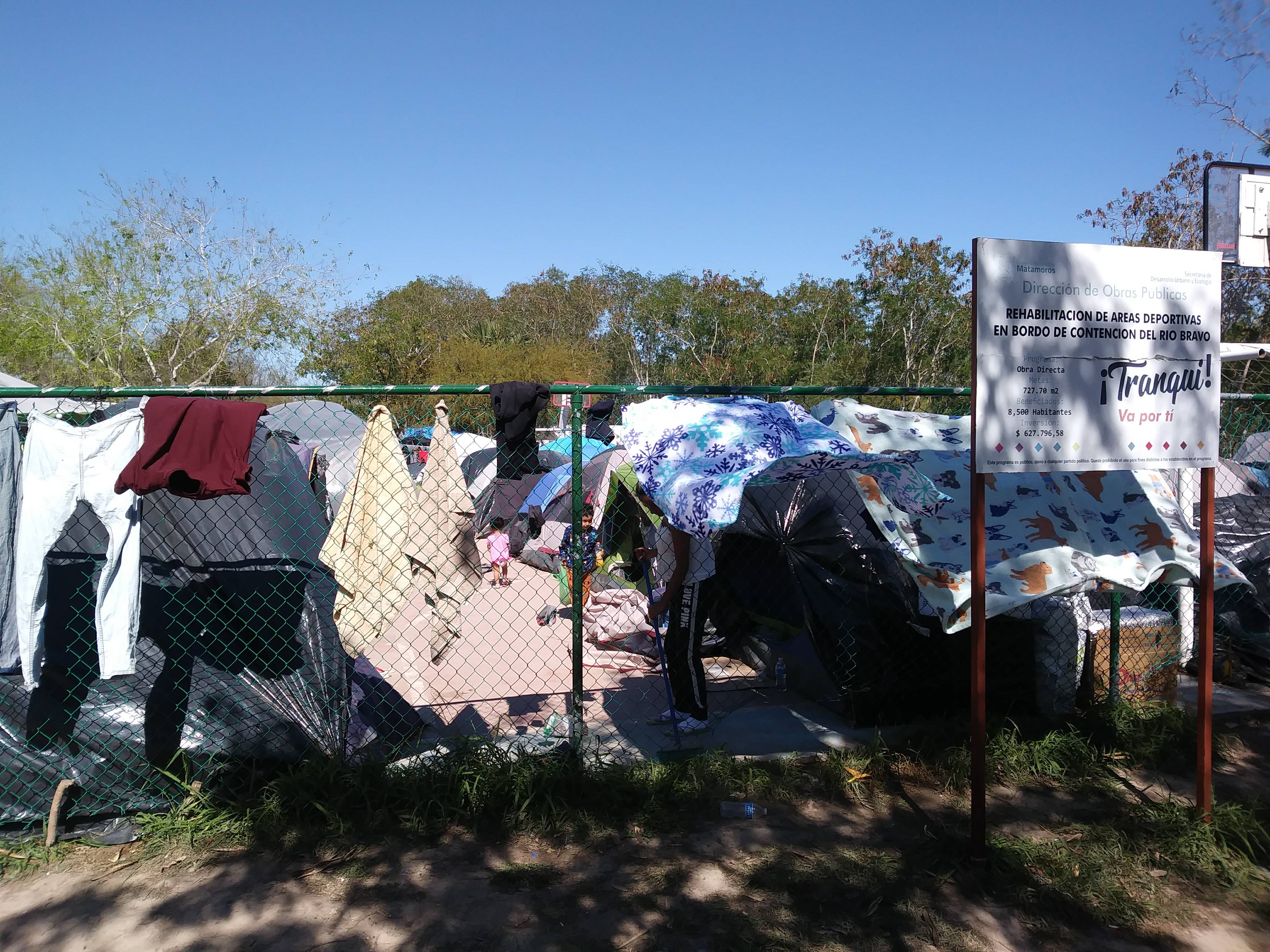 drying clothes hang everywhere, even on the park fence 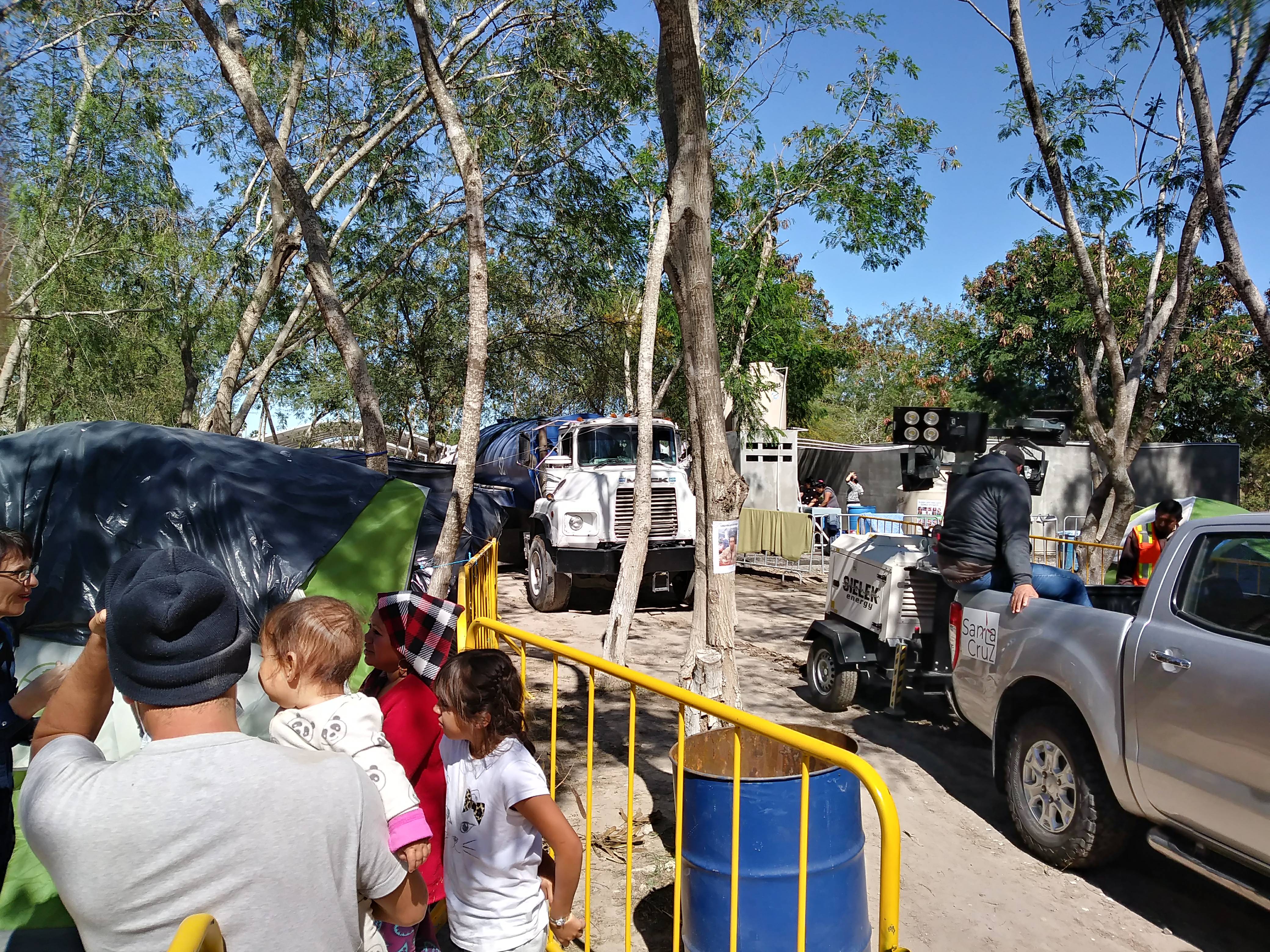 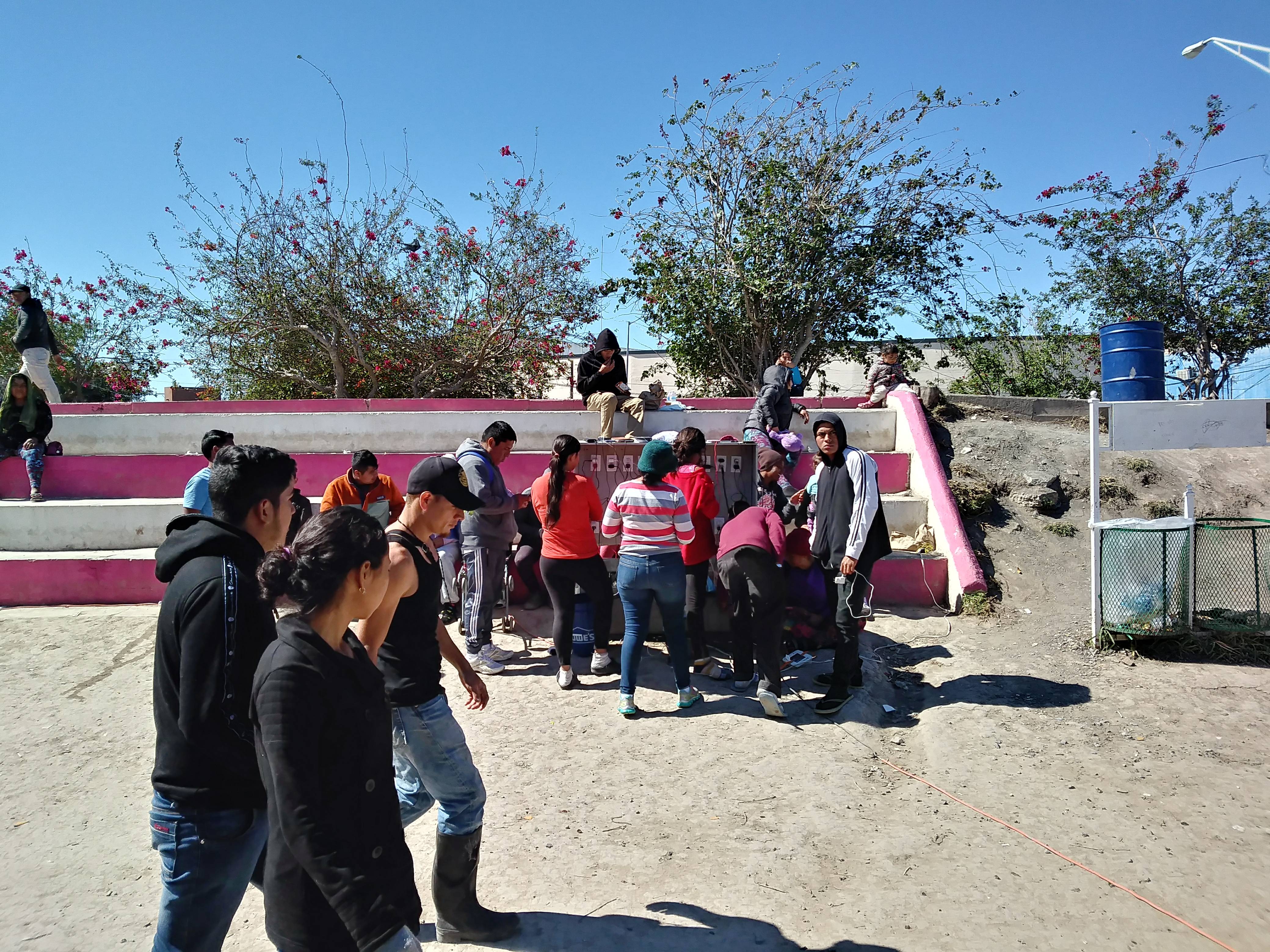 phone charging station by the levee