What is Equality in The Military? 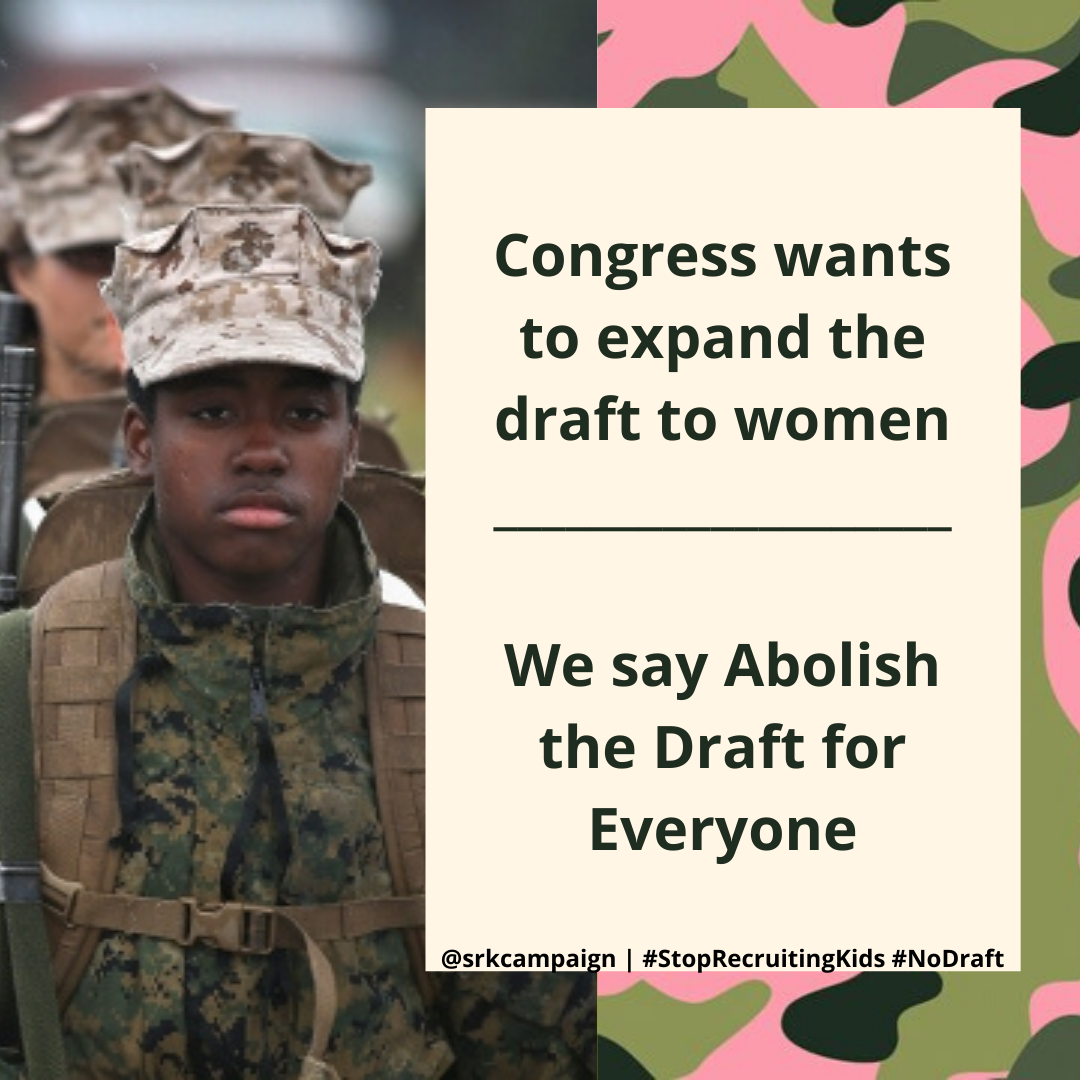 The US Congress is currently considering whether to expand the draft to women, as the National Commission on Military and National Service recommended, or to abolish the draft for people of all genders. Some are suggesting that expanding the draft is a natural expansion of women’s rights and gender equality but the truth is that true equality will only come from abolishing the draft for everyone. Stop Recruiting Kids (SRK) opposes the draft for the same reasons we oppose the military recruitment of kids- we believe that a free, just society should only recruit willing adults, who understand the risks of military service and agree to them. We stand against coercive military recruitment practices in all forms. A peaceful society must operate its military in a way that respects the dignity of all its citizens, of every gender and every age.

To learn more about OEP’s stance on the draft and the recruitment of kids, as well as to see the various memes created by SRK, visit the OEP Stop Recruiting Kids Campaign Facebook Page.