We are a New And Unsettling Force

We are a New And Unsettling Force 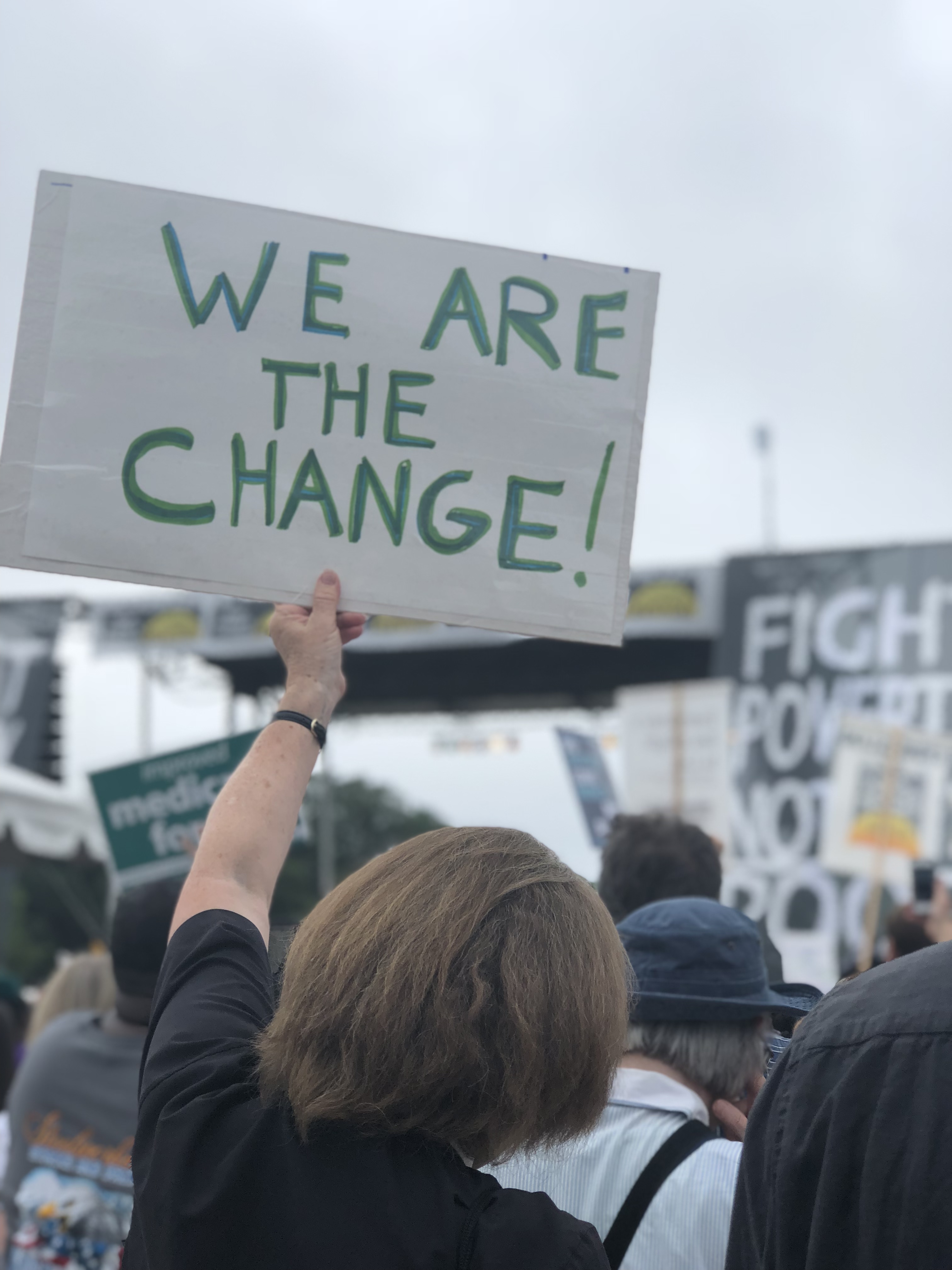 Last weekend I attended activities with the Poor People’s Campaign: A National Call for Moral Revival. It ranged from hearing what other states’ campaigns were doing around the country, to attending the civil disobedience training, to attending the mass rally where thousands of people called for a new moral narrative.

The Poor People’s Campaign has been a large part of my work for the past month and a half. I have heard the stories of the poor, disabled, and struggling, that are forgotten by the government. It reminded me of my favorite verse, “Do not conform to the patterns of this world, but be transformed by the renewal of your mind” Romans 12:2, along with the parable of the mustard seed. This movement was a faith movement. They said a number of times during the campaign that Jesus was a poor man. So while thousands of people of different genders, sexualities, races, ethnicities, socioeconomic statuses, and religious outlooks come together in solidarity to reclaim justice for the people, we were guided by faith that turned the mustard seed into miles of mustard fields.

I was blessed to meet up with two people at the rally from On Earth Peace, Jaime and Deanna Knox from Roanoke, Virginia. After the rally they stated, “We both felt like we were part of a history-making event! We learned a lot about the Campaign and the breadth of issues it is addressing. We hope this grassroots movement will expand with God’s blessing and truly help bring about a much-needed moral revival in our country!”.

I never realized how many people were getting arrested each week with this campaign to draw attention, or how many people have been affected by the things that go unnoticed by most, such as healthcare. There was a woman there who lost her daughter because she could not afford healthcare to cover her daughters medical needs. That story stayed with me throughout the movement. Along with stories of mothers who work three jobs and are still below the poverty line. It seemed all too familiar with how I grew up. I heard people from Flint who stated the hard truth that people are dying because they have no access to clean water. It was and is truly a movement that gives voices to the people that are affected.

If you still do not know what the Poor People’s Campaign: A National Call for Moral Revival is, then you can visit their website here and sign up to get informed, because the rally was not the end, but the beginning. If you want to know more, or have any stories you would like to share about your work with the Poor People’s Campaign, please feel free to contact me at [email protected].