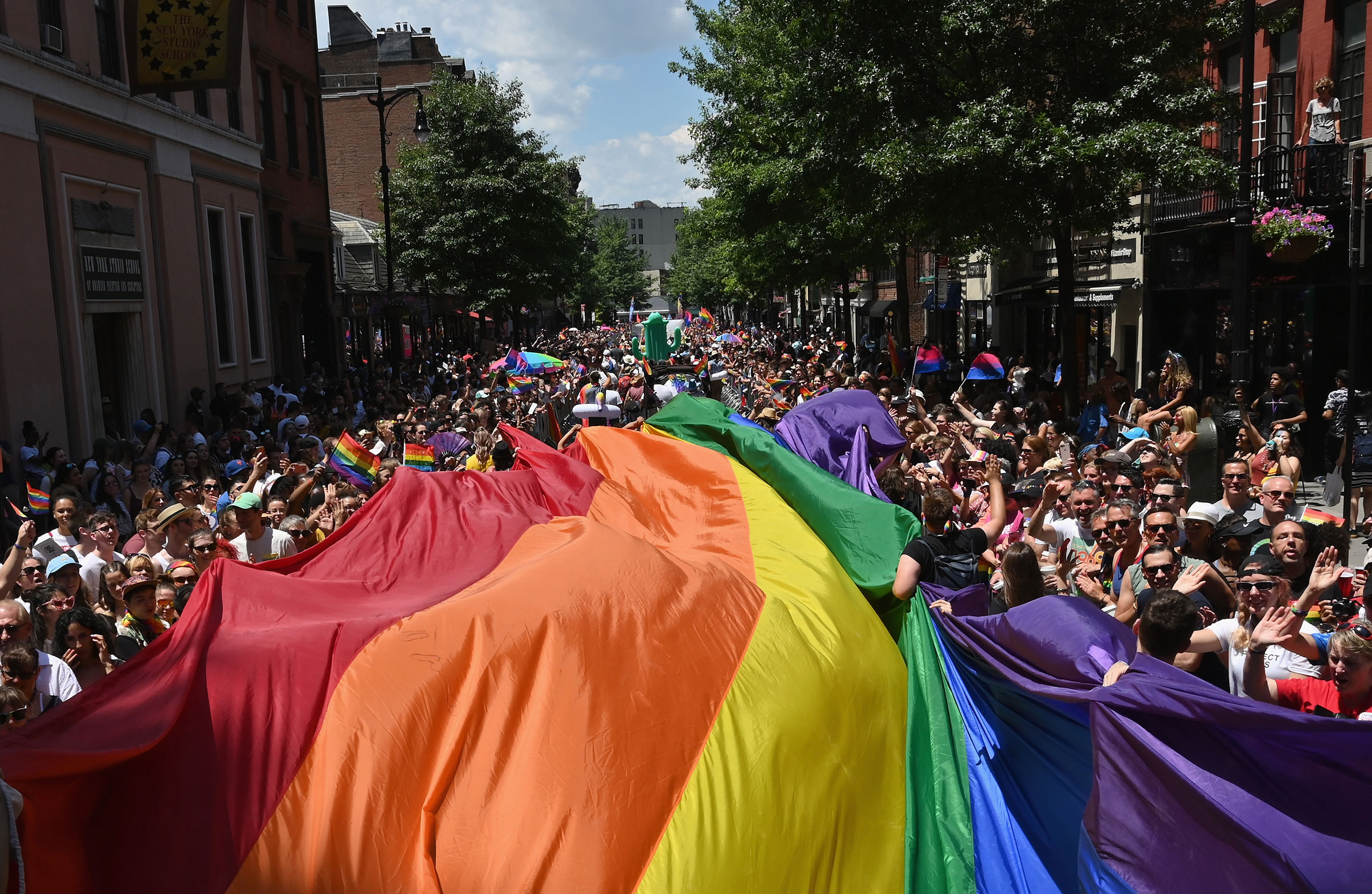 In the United States, Pride has a complicated history. Pride truly began in 1969, but the current celebration we recognize today emerged in 1970. On June 28 of 1970, thousands of people arrived outside the former Stonewall Inn, determined to march to Greenwich Village in honor of members of the Lesbian Gay Bisexual Transgender Questioning/Queer Intersex Asexual (LGBTQIA+) community that stood against police violence the year before. Each year following, the same peaceful march honoring members of the LGBTQIA+ community occurred, eventually earning the title of Pride. Since 1970, Pride has been an annual commemoration of the identity that has been the source of generations of oppression.

This year, in the wake of Covid-19, On Earth Peace invites you to attend our virtual Pride march. This Virtual March will be occurring on the On Earth Peace Gender Justice and LGBTQ+ Justice pages (on Facebook) throughout the month of June. We hope you join us to celebrate to support the LGBTQIA+ community virtually this year by joining the march here.

Now, in 2021, Pride looks far different than the catalyst event. Currently, Pride marches occur in public spaces with the approval of the locality. Many attendees wear all rainbows, colorful face paint, and carry flags representing their respective identity. Mothers and fathers will attend pride offering free hugs, while local bands and vendors are present. Pride is a safe space for those closeted and out.

However, June 28th of 1969 went differently than usual. The police sent four undercover officers into the Stonewall Inn, and around 1:20 AM, the raid began. However, it took the police much longer than anticipated to remove the illegal alcohol from the building and to finish arresting those caught engaging in homosexual behaviors. The crowd around the Stonewall Inn began to grow as the police officers struggled to make arrests.

After forty five minutes, police officers arrested and brought out Stormie DeLarverie. DeLarverie screamed to the mob, “Why don’t you do something?” The mob quickly broke into a violent frenzy, trapping the officers inside the Stonewall Inn. A riot ensued for three more hours, ending with the Stonewall Inn going up in flames.

As we declare pride this month, let us see and remember not just the burning of the Stonewall Inn, but queer people in our churches and communities who continue to be seen as "less than" or unacceptable.  Pride calls us forward into joyful welcome and acceptance of our own family, friends, and neighbors.