Seeing Jesus in the Movement for Racial Justice 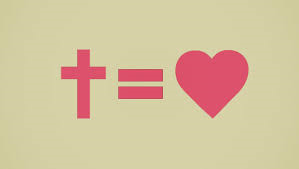 Racism has echoed throughout history, dating back to when the bible itself was written. Paul addressed this when the church was divided between Jews and Gentiles, and the Jews tried to force non-Jewish (Gentile) believers to perform Jewish rituals. Rather than Paul telling Christians to ignore the discrimination against Gentiles, he proclaimed, “there is no difference between Jew and Gentile — the same Lord is Lord of all, and richly blesses all who call on him” (Romans 10:12). People alone do not determine our value, God does. We are all created in his image. There is no separation or distinction between the value of one race or ethnicity over another. We’ve been taught to love thy neighbor as we love ourselves, but how we choose to love in the midst of chaos is a crucial piece of bringing peace and unity into our world.

Fifty years after the Civil Rights movement, trending conversations, such as #BlackLivesMatter and police brutality, are vigorous attempts to change the public’s perception of poor race relations. While sparking conversation appears to be the best way to help, most times it seems to only reveal frustration for those who don’t understand, or don’t care to, causing more pain for those affected. You’d think by now we would have learned how to adequately treat each other, but we haven’t. The biggest question to ask is how do we promote racial equality amongst those so heavily against it?