On May 25, 2020, George Floyd was killed in Minneapolis, Minnesota during an arrest for allegedly using a counterfeit bill. Since then, parts of the United States and other places in the world have erupted in protests. While police brutality, systemic racism and inequity are constantly being challenged, there seems to be a new wave of positive, forward-moving change.  More people in the United States are finally starting to listen and take action. The public is pushing governments to pass laws directly addressing police reform and the defunding of police departments. Subsequently, police officers are being held accountable and responsible for their abusive and bigoted actions. Leading with God’s love and empathy, our collective voices must sing together in a call for action. Now is the time to continue urgently demanding reform, justice, and equity in ourselves, our families, our communities, our churches and spiritual practices, our schools and our institutions. It is pertinent that we use our Beloved Communities to learn, grow, and act together.

Movements for uplifting and bringing equity to our society are not uniquely a Black challenge. It is a challenge that every person must rise to in order to effectively create structural change. As we recognize and demand justice for Black lives that have been brutally taken, we must also recognize the countless number of people that are being killed with no media coverage.  This includes Latinx lives, Indigenous lives, and all other people of color that have fallen victim to this system. 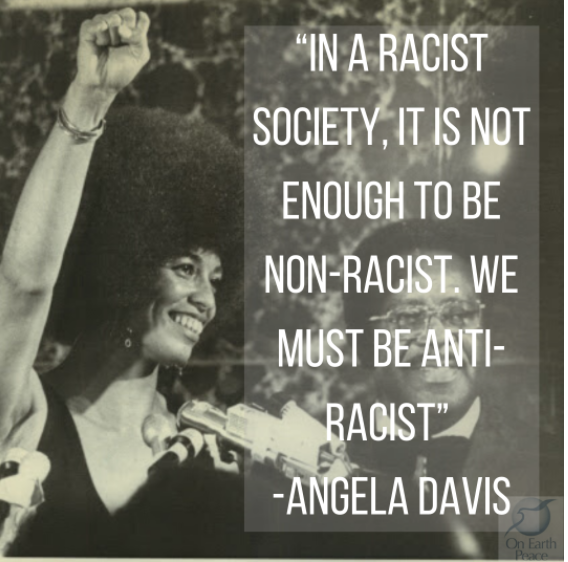 As a continued step in a well-promising direction, On Earth Peace released a statement regarding systemic racism and white supremacy. This statement calls for all people to join the long-term commitment to anti-racism work. This commitment is followed with clear and intentional anti-racism work within OEP itself, the Learning Action Communities, and the larger Church of the Brethren denomination. “As followers of Jesus, On Earth Peace denounces all forms of white supremacy, laments the precious lives dehumanized and destroyed by racial injustice, and stands in ongoing solidarity with Black, Indigenous, and People of Color harmed by these structures of violence” (OEP Statement on Systemic Racism and White Supremacy, 2020).

During the past month, the Racial Justice Facebook community has shared resources for education and how to take action individually. This upcoming week, we will be posting several different quotes from On Earth Peace’s statement on systemic racism and white supremacy to further invite conversation. Systemic racism and white supremacy is a lifetime’s work that we all must commit ourselves to actively dismantling. As interns during such a historically pivotal moment, we are committed to learn how to foster intentional and deep conversations about anti-racism work within our Learning Action Community. Our goal is to build a Beloved Community that holds one another accountable as we move forward with persistence, diligence, and love.

Our Racial Justice group is looking for feedback via survey on our community and how we can further create these conversations and progress. You can give feedback here. We encourage anyone who can to fill this survey out and to join our Racial Justice Facebook page (OEP-RacialJustice) if you are not already a part of it! 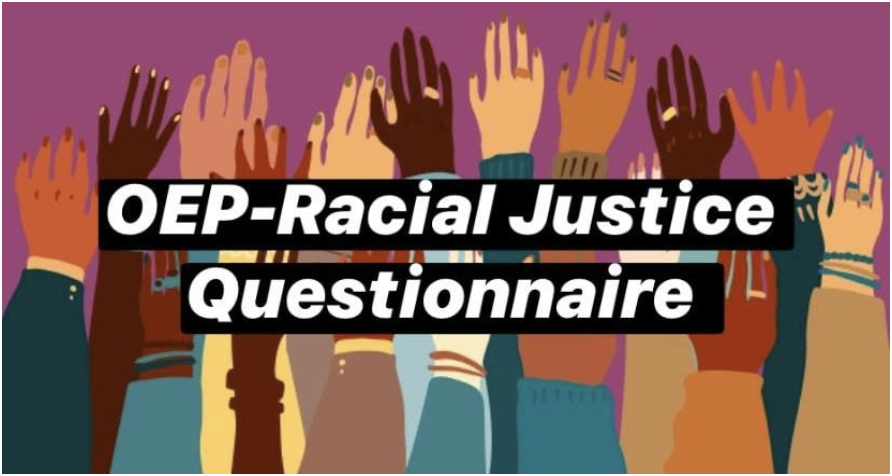