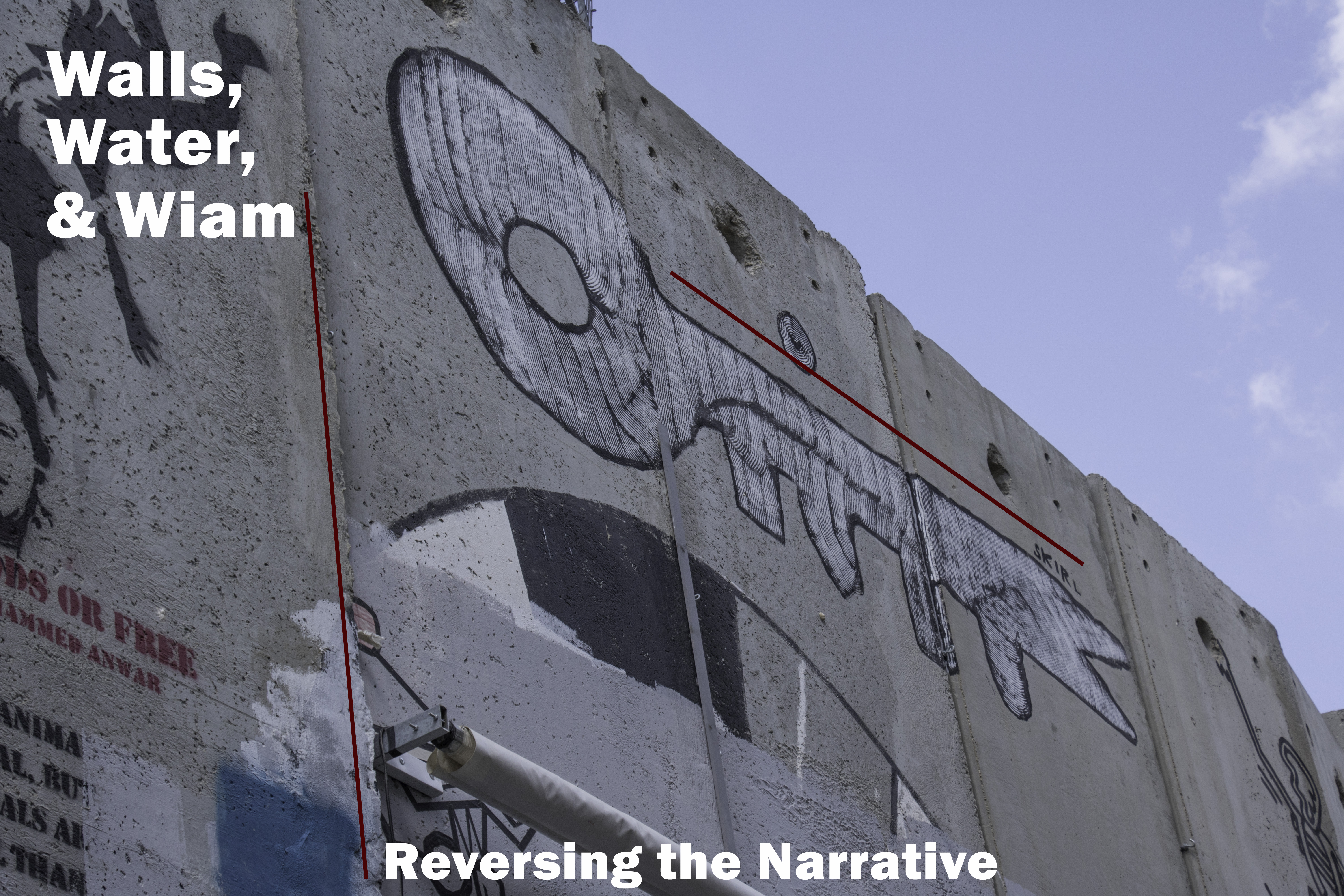 My last blog post painted a slightly grim picture: me, stuck in Bethlehem with no luggage and no visa and destined to wear three shirts for the next twenty days. Now, I have +1 shirt, thanks to haggling in the Old City of Jerusalem, and a sense of peace about my visa being lost in the ether. Apparently, I am in Israel’s system, and I can be searched if I am questioned at a checkpoint.

Here are how my last few days have been, told through the reality of walls, issues of water, and my wonderful meeting with Wi’am!

A friend told me the Israeli-Palestinian conflict is “all theory and debate until you see the wall.” Now, after seeing the infamous wall myself, I have to agree. If you don’t know what wall I am talking about, you can read more here.

The graffiti gives the wall some humanity, but it’s still gigantic, concrete slabs adorned with barbed wire and watchtowers restricting the movement of one side (Palestinians) while “protecting” the other side (Israelis). 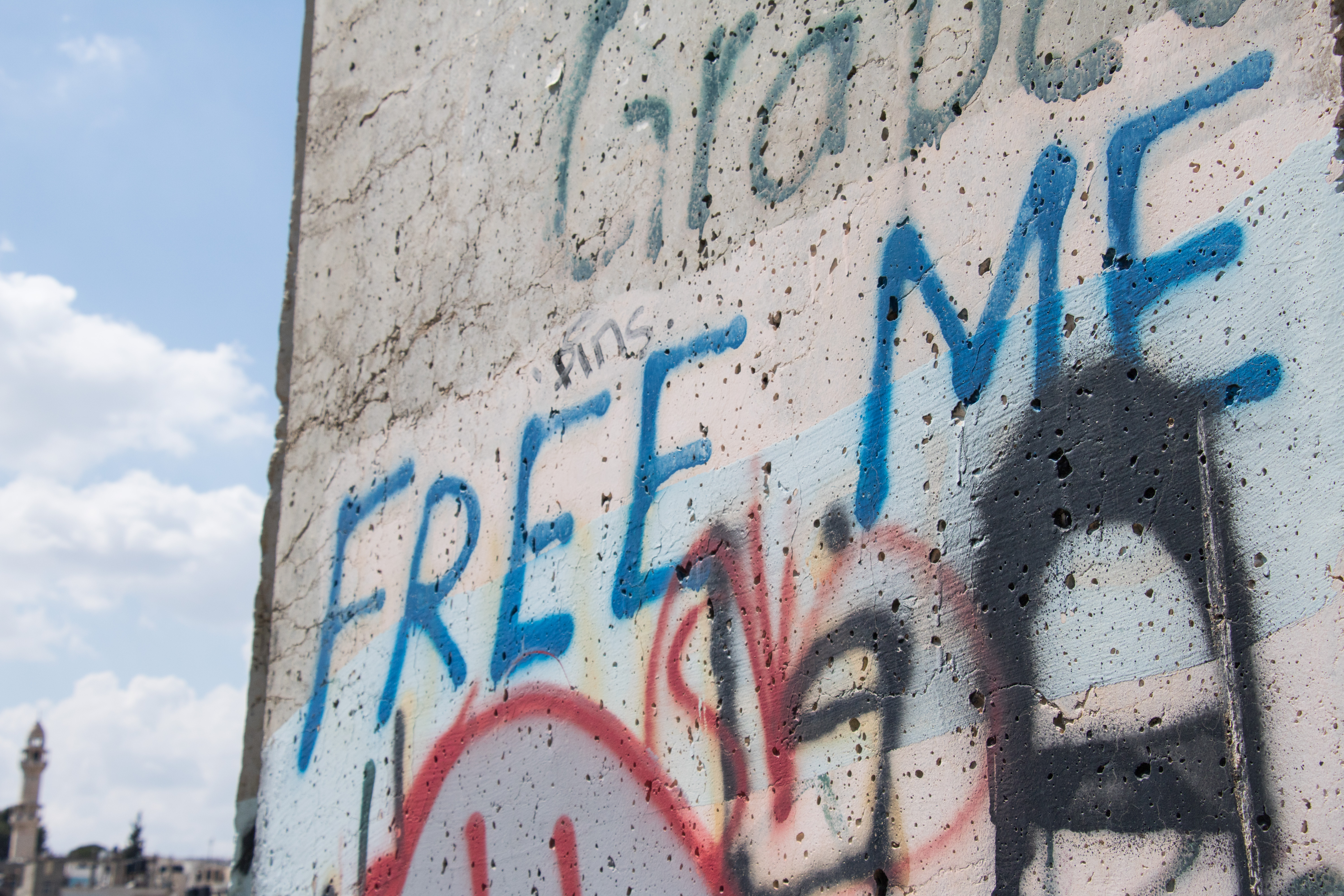 Can we even call this a conflict anymore? The Palestinians are under Israel’s boot, and it seems they will keep pressing until they are crushed, exoskeleton cracking, soft parts oozing out. Look at the example of Gaza, which is essentially an open-air prison at this point. This isn’t a conflict; that word conveys two equal sides opposing each other. This is an occupation. Some would even say apartheid.

I used to pride myself on being relatively moderate, navigating dialogues with ease because I was never too extreme; however, how can I be lukewarm when I have viewed what is happening myself? The checkpoints are scary, and they are very, very real--just like the looming wall. I can easily travel the globe as an American; my blue passport can take me almost anywhere. Traveling has made me who I am today. I could never imagine having to stare at a wall, trapped in one city for years on end.

Where is our justice? It does not lie in the hands of Israel.

In America, I do not give much attention to water. I have never been without it—ever. Living here in Bethlehem is a reality check for the position of many people with easily accesible water. The apartment at which I am staying is within Palestine, but Israel still controls the flow of water. My apartment gets one tank of water a month, if Israel decides to fill it; sometimes, they don’t, and my host spoke about a whole summer when they had to shower with wet wipes.

Currently, I catch the water I wash my dishes with in a plastic tub and use it to flush the toilet. I take the fastest showers I have ever taken in my life and will probably continue the trend when I return to America. These are slight inconveniences, but they make me realize the position Americans are in (expect for those in Flint, Michigan of course). We have so much: water, freedom of movement, opportunity. Yet, some people still squander it. I have been reminded of the excessive amount of opportunity I have been afforded and plan to make good on my gifts I have received.

On June 5, I met with a representative from the organization Wi’am and had about an hour conversation about the work being done there. What I find remarkable is the amount of hope and compassion he has seen through his time at Wi’am. Living under occupation and continuously undergoing trauma can be incredibly harmful for development of youth and children; however, the programs and staff at Wi’am have cultivated humanity for the community. 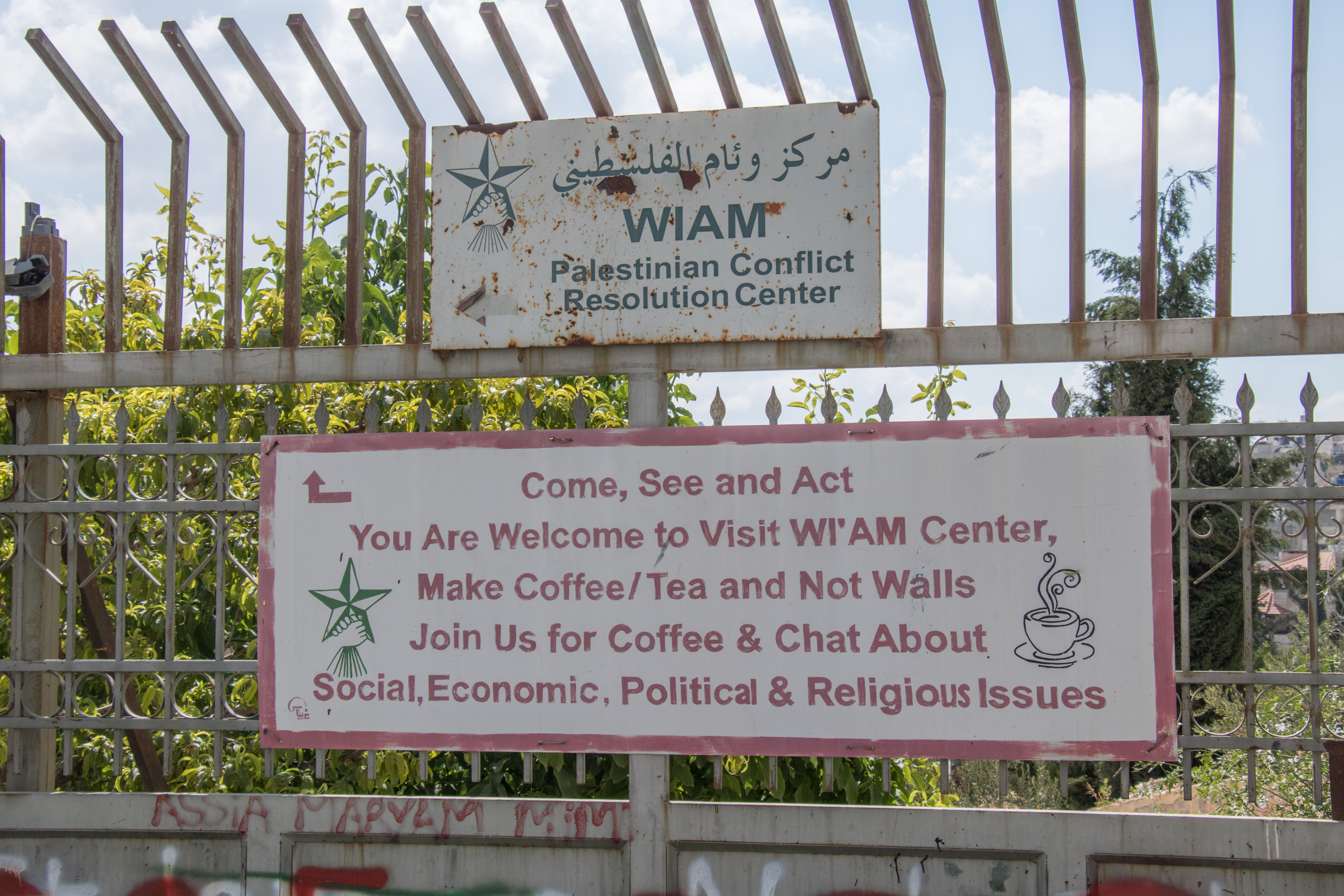 Wi’am also performs restorative justice for the community when crimes occur. For example, a case Wi’am mediated was a murder of a mother who had three children. In this awful time, nothing can be done to restore the position of that mother; however, what Wi’am did was restore the humanity of the situation. The family of the murderer promised to help raise the three children, through direct hands-on aid and financial help, until they were all eighteen.

Another hypothetical example is a homeless person stealing bread because they are hungry. Instead of simply punishing the homeless person, Wi’am would step in and attempt to solve the real problem: the poverty the homeless person is facing. They would try and get them work and then find a way to restore the relationship of the store owner as well.

Restorative justice, rather than a punitive system alone, is sustainable and life-giving. Seeing the wonderful work happening here because of Wi’am has also given me hope.

I have only been in Palestine for a week, yet it’s been eye-opening. As I speak to more and more people, whether they are Palestinian, Israeli, or an international, I learn more. The conclusion I am arriving at, however, is the stark reality of occupation. This is not a tourist destination. This is where people view human rights violations as normal. We cannot sit idly by.

If you'd like to hear about my meetings with these organizations in more depth, please sign up for the Palestine Justice Notes newsletter here! I will be sending out an emails highlighting the organizations I have been interviewing, and you can find ways to support them. I will also be including other things about Palestinian life and culture within the email as well. Please consider adding it to your email list! 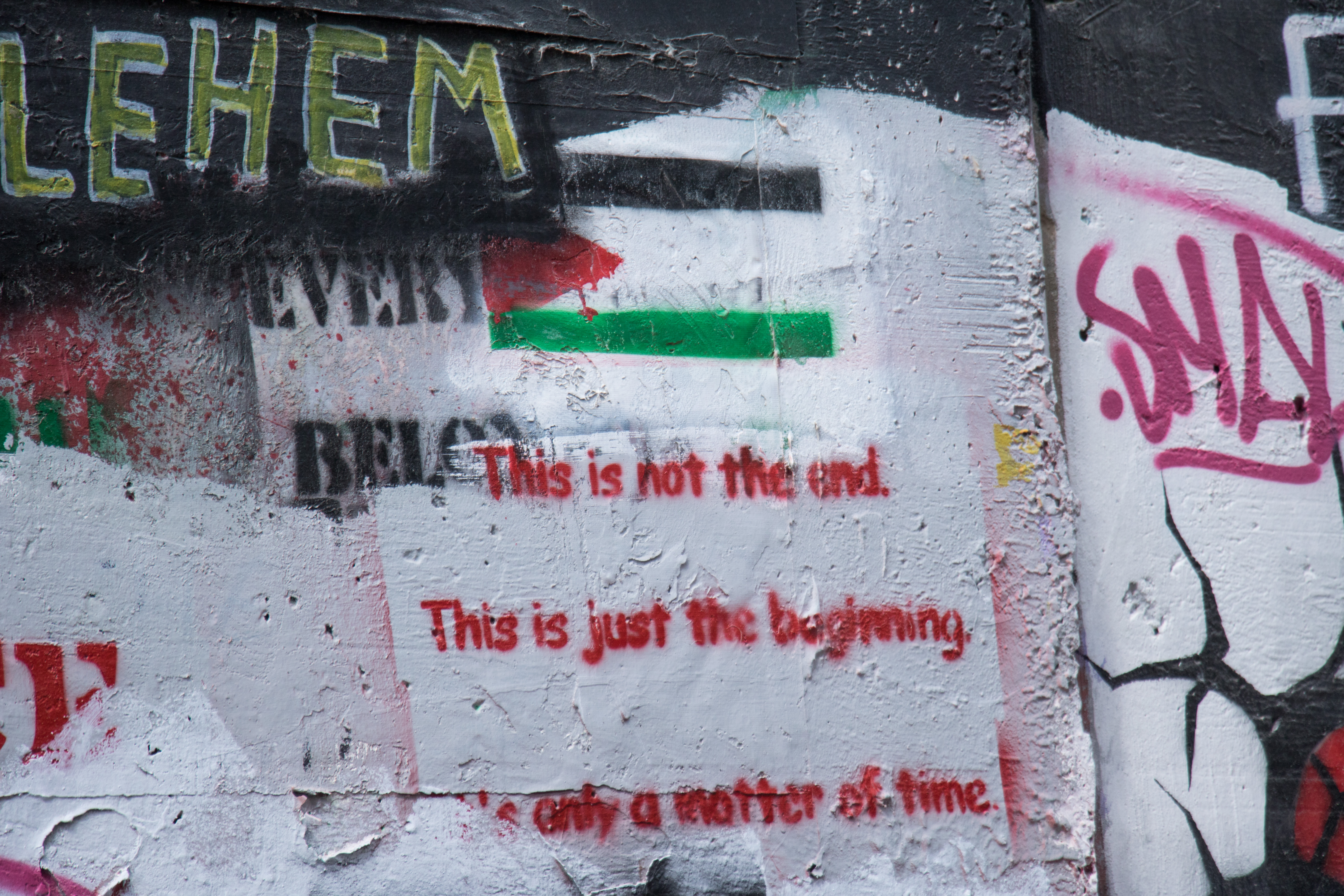 This is not the end.

This is just the beginning.

It's only a matter of time.