Reversing the Narrative: A Beginning 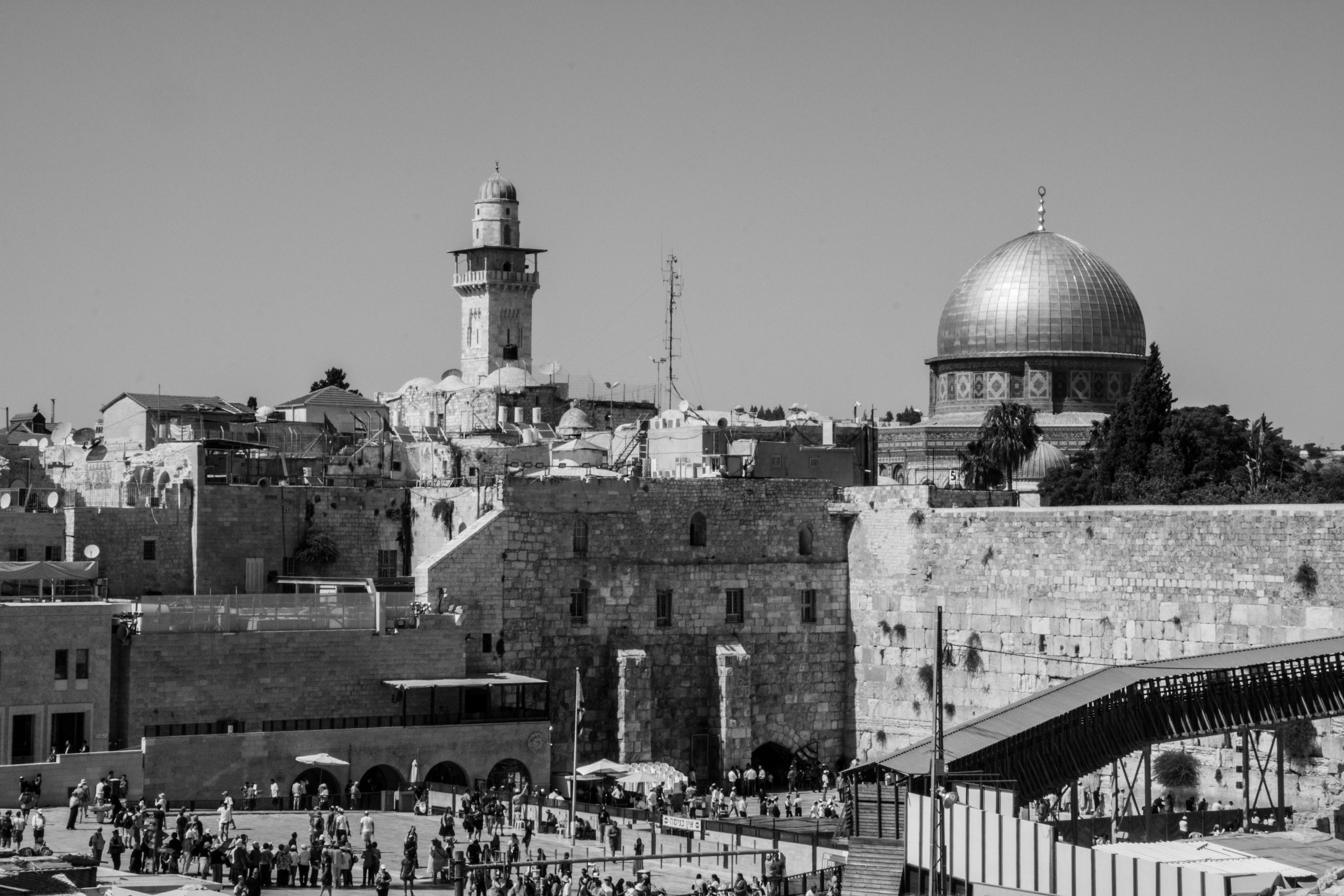 At this moment, immediately after landing in Paris from Tel Aviv, all I can see is Israel's fear and discrimination of a people and a language indigenous to the same land they occupy.

This is my final blog post, post-trip. Distinguishing how I feel inside Israel and outside of the country is easy. I no longer feel afraid or stressed because I don’t have to hide how I feel—at all. I am an honest person, but in Israel, I could not be.

Perhaps what completely changed my opinion of Israel is when I was questioned about my time studying abroad in Morocco, given a bright yellow sticker for my passport, and put into some sort of high-risk security check that took over an hour with only a line of about 10 people in front of me. How dare I go to an Arab country, speak about having contact with Arab people, or study the Arabic language. That simply is not allowed, according to Israel.

Even worse, I had to take off my long-sleeved button up shirt that I wore over my other shirt to hide my new tattoo. When that tattoo was on display, the woman searching my carry-on items immediately turned hostile. 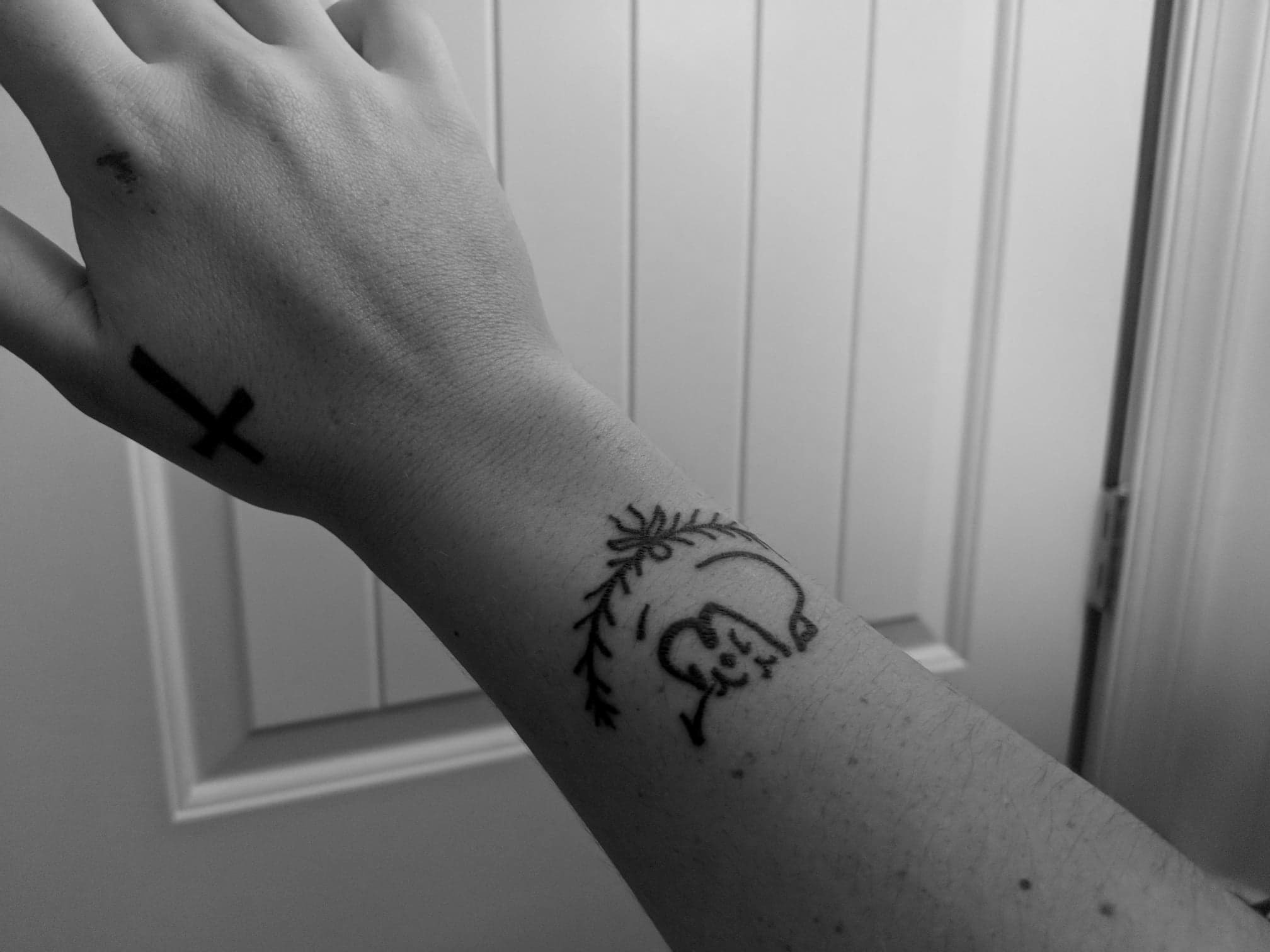 This tattoo is the word struggle in Arabic on my right forearm. Once again, the theme of Arabic being dangerous rears its head. I suddenly had to spin how this tattoo was connected with my Christian faith rather than as directly linked to the struggle of those activists working against the occupation.

The woman vigorously scrubbing all my items with a device to check for bomb residue was speaking rapidly in Hebrew to the woman beside her. They mentioned one word I recognized: Palestine. I realized I was going to have an even more difficult security check, even though all my electronics and cords were displayed in three separate bins already.

I was questioned once, before I checked my bag, and that is how I got the yellow sticker. I was then questioned twice about my tattoo and my Banksy tote bank with the armored dove for about 10 minutes each time. At that moment, I was incredibly glad I had decided to leave my B’Tselem map of the West Bank in Bethlehem.

My story as a Christian pilgrim studying art and religion passed the test; I was fine, especially as a demure white American girl to them. My anger at what happened, however, will not easily pass.

Standing in that line, the majority of those being scanned intensely were people of color. This was frustrating but not surprising, especially because of conversations from a recent book club in the OEP-Palestine Facebook group. I knew my tattoo would cause suspicion at the airport, but I had no clue it would be so intense or so immediate. I felt as though they genuinely expected me to be a terrorist or an aide to a terrorist. Arabic is an official language of Israel! It’s literally on signs in the airport! However, Israelis don’t speak it; Palestinians do.

This is part of the reason why the occupation continues to become worse and worse. Automatic paranoia, suspicion, and fear of a language and a people that are indigenous to the land. I felt much safer within the occupied areas rather than in Israel; the only reason I ever felt afraid was always because of Israel. It’s difficult to articulate how it feels. Going there is the best way to know.

Now, I sit in a nice two-story home in Richmond, Virginia, a couple weeks away from the trip and from the above writing. Originally, I had planned to write this blog post much earlier, but time continued to pass. I found it harder and harder to come back to this, to what I experienced, because it was such an abnormal experience and emotionally taxing. I cannot stress that fact of abnormality enough. What is happening to Palestinians right now is not normal, and it should not be taken lightly.

For the next year before I graduate from my undergrad, I will continue to learn about the occupation (or apartheid, rather) and try to do work for the cause as much as I can. I never understood how to be an activist before or what that meant for me, but it’s not complicated to have compassion for oppressed peoples, to learn about their situation, and to act.

"The easy answer would be to say that we do not become activists; we simply forget that we are. We are all born with compassion, generosity, and love for others inside us. We are all moved by injustice and discrimination. We are all, inside, concerned human beings." On Palestine, Noam Chomsky & Illan Pappé

After this trip, I feel as though this is what I am meant to do: activism.

Thank you for all your lessons, Palestine. I will return. In the meantime, we all have a lot of work to do because is not the end, for me. It is only the beginning.