On Earth Peace Projects for Children : Read Aloud in a Foreign Language

Posted by Simi Gill 155sc on 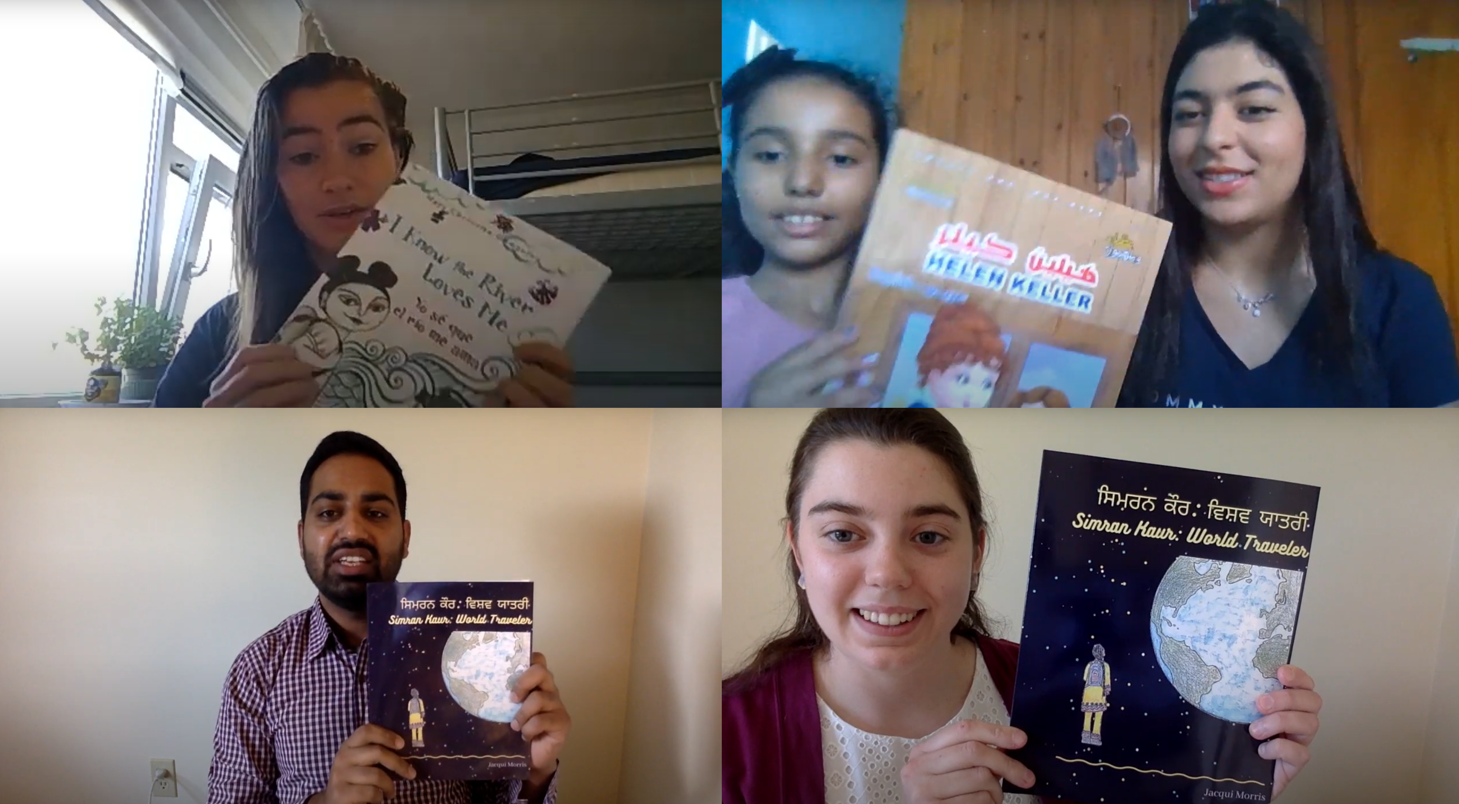 On Earth Peace's most recent #KidsAsPeacemakers project and how exposing children to different languages benefits them and the community.

“Learning to see things from various points of view is an important skill. It enhances intellect by pushing us to challenge our assumptions and builds social skills by encouraging emotional intelligence, empathy and compassion.” - Child psychologists Derek Cabrera and Laura Colosi

In April, On Earth Peace has posted the first video of it’s Read Aloud in a Foreign Language series, Intern Anna read to children “I Know the River Loves Me / Yo se que el rio me ama '' in both Spanish and English. The series was started to promote diversity, inclusion, and acceptance among young children. Additionally, it is meant to include all children in the US and around the world by reading to them in other languages they understand. Statistics have shown that approximately %22 of children in the US are bilingual, a noticeable increase from past years that points towards a shift to an even more diverse America! Children, even those who speak one language, are still going to be exposed to other languages spoken by their peers.

Experiments show that the exposure in itself can be quite beneficial and allow children to understand others' perspectives better. In an experiment done by Dr. Zoe Liberman and colleagues, children could see a range of differently-sized toy cars, including a small one that the adults in the experiment could not see. When asked to move the smallest car by adults, bilingual children and children exposed to foreign languages were 25% more likely than monolingual children to move the medium-sized car, the smallest in the adult’s perception. Multilingual exposure allows for better development of perspective-taking and communication.

In addition, sharing stories from different cultures and different places around the world can provide children wider perspectives that broaden their imagination and increase their acceptance of differences. Stories such as Simran Kaur: World Traveler by author Jacquelyn Grace Morris that was shared as part of the series in English and Punjabi allows children a look through the lenses of a young immigrant in the US. The series’ most recent Read Aloud in a Florigen Language features a Palestinian child reading the book in Arabic about Hellen Keller, an American author and scholar, along with myself reading that book in English. Not only do the Read Alouds expose children to different languages, but it also exposes them to people from different countries and cultures.

Those videos are designed to help build an appreciation of the beloved community, where every child is represented and seen, it helps kids understand that others have different cultures and languages, which helps promote open thinking and foster resiliency in children. Exposure to multiple languages and cultures help children be more inclusive of their peers, be more open and appreciative of their differences, able to find the similarities among the differences and therefore more welcoming.

We are always looking for more help with any projects like #KidsAsPeacemakers​. If you are interested in becoming a video star in English or in other languages send an email to [email protected]!