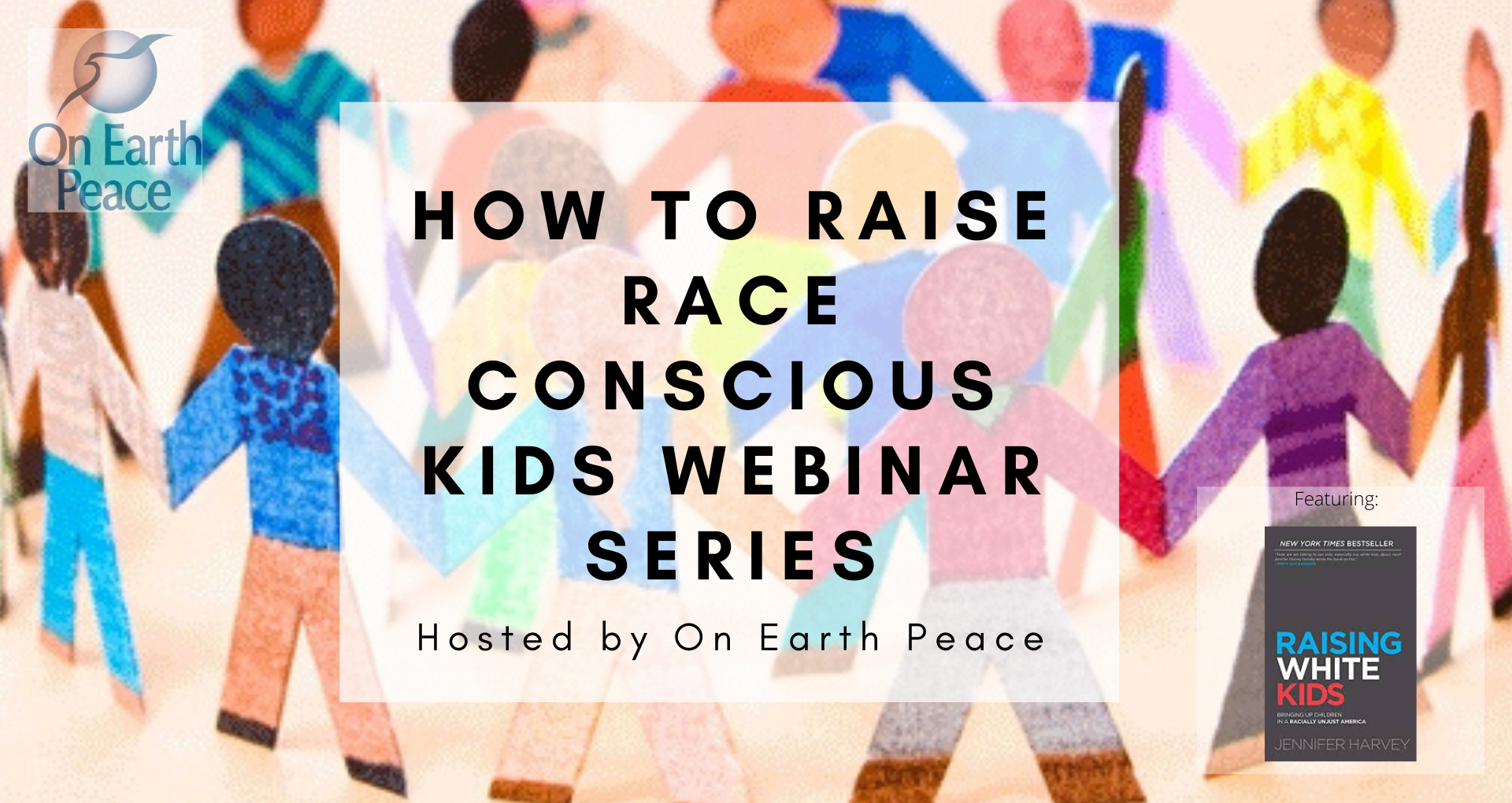 My name is Priscilla Weddle and I am the Children’s Peace Formation Coordinator at On Earth Peace. I led the second session of “Raising Race Conscious Kids” with Laura Hay. The second session focused on racial scripts and how to disrupt them. Racial scripts are formed from past events or experiences and impact how racialized groups are viewed and interact with one another. While preparing for the session, I was concerned because the topic of racial scripts is complex and can be difficult to explain and understand. I decided to include several examples from Raising White Kids by Jennifer Harvey and Why Are All the Black Kids Sitting Together in the Cafeteria by Beverly Daniel Tatum in my slides to ensure that everyone would understand what racial scripts are.

From Raising White Kids, I used the author’s example of how she felt race in her body when she attended her daughter’s friend’s birthday party at Chuck E. Cheese. Harvey explained how the African American kids and White adults avoided each other and how it impacted the mood of the shared space: “It was like each respective group of folks was closed off inside a racial bubble. You didn’t see it exactly...But I am betting most of us could feel it” (Harvey, 2018, p. 194). I also included an example from Why Are All the Black Kids Sitting Together in the Cafeteria to show how people of color experience race in their bodies differently. The quote I used discussed how a Black honors student felt about being the only Black student in their classes: “It was really a very paradoxical existence, here I am in a school that's thirty-five percent Black, you know, and I'm the only Black in my classes... That always struck me as odd. I guess I felt that I was different from the other Blacks because of that" (Tatum, 2017, pg.136).

For the closing activity, I decided to list different scenarios and asked participants to explain how they would respond if they were in those situations. By doing this, participants could see how to disrupt racial scripts. The first two scenarios came from Raising White Kids and the last scenario came from my own experience with my niece. The first scenario involved a group of kids playing dodgeball and one of the kids suggesting that the Black kids should play against the White kids. The second scenario involved a child, who lives in a racially segregated city, asking their parents if their friend, who comes from a different racial background, can spend the night. In the last scenario, participants were asked how they would respond if a child said that someone who is speaking with an accent is not speaking right. I was impressed by everyone's responses and was glad that they were able to apply what they learned during the session to real life scenarios. If you are interested in watching the recording, click this link: https://www.youtube.com/watch?v=pm6aBN-XWHk.