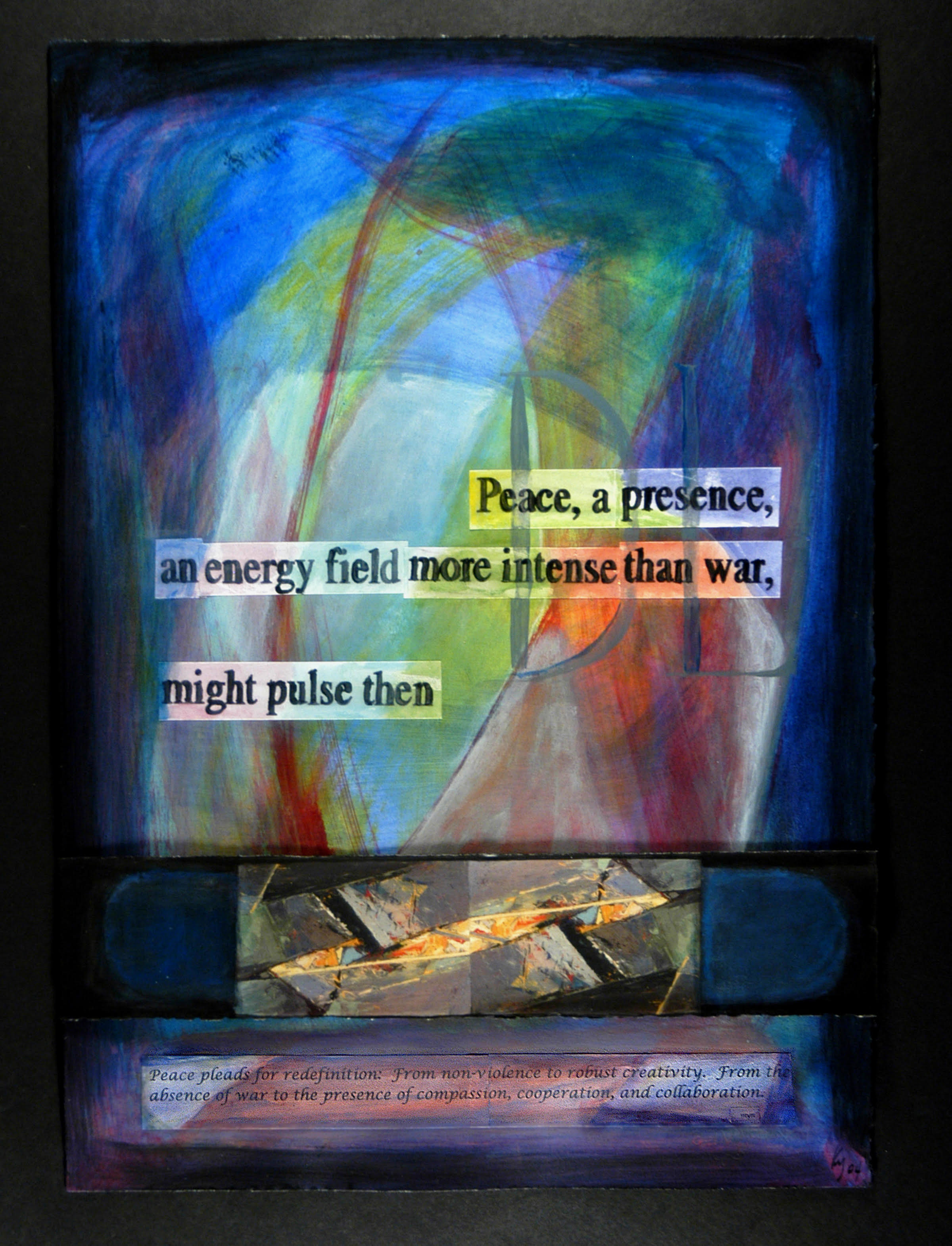 Written By Matt Guynn, Director of Organizing for On Earth Peace, for the 2020 Spring Newsletter, in response to the OEP Value Positive Peace.

The poet Mary Ylvisaker Nilsen writes, “Peace pleads for redefinition: From non-violence to robust creativity.  From the absence of war to the presence of compassion, cooperation, and collaboration.”  If all wars ceased tomorrow - if all police forces were demilitarized - if all armed forces in the world disappeared - there would still be systemic injustice and interpersonal conflict everywhere.

Along with Nilsen’s writings, the Kingian Nonviolence approach (which On Earth Peace learns and teaches) asserts that pacifist non-hyphen-violence is ultimately only aspirin for the world’s problems and not the antidote for violence and injustice. On Earth Peace has claimed Positive Peace as one of our core values. Positive peace builds on and presses beyond pacifism - all war is sin - toward creative engagement with underlying causes of the problems we face. Anti-war and anti-violence pacifism is a good place to be rooted, but I suggest that pacifism must mature to prepare for involvement with the world. This requires values of compassion, informed by a fearless analysis of justice and oppression, and equipped by skills in conflict transformation and active nonviolence.

Jane Addams wrote of positive peace as early as 1907, in her book Newer Ideals of Peace, saying that it stands as an alternative to dogmatic forms of peacemaking. The approach is active and dynamic, grounded in the living experience of working for peace, not abstract ideas about peace. Addams invites the innovation of “practical habits” for this new approach, cautioning that beliefs about peace alone won’t suffice.  We are called to develop the craft of peace.

In his 1956 sermon, “When Peace Becomes Obnoxious,” Martin Luther King, Jr., asserts that “Every true Christian is a fighting pacifist.” Reflecting about Jesus saying that he comes to bring not peace but a sword (Matthew 10:34-36), King preached:

Certainly, he is not saying that he comes not to bring peace in the higher sense. What he is saying is: ‘I come not to bring this peace of escapism, this peace that fails to confront the real issues of life, the peace that makes for stagnant complacency.’ Then he says, I come to bring a sword—not a physical sword. Whenever I come a conflict is precipitated between the old and the new, between justice and injustice, between the forces of light and the forces of darkness. “I come to declare war on evil. I come to declare war on injustice. This text is saying, in substance, peace is not merely the absence of some negative force—war, tensions, confusion, but it is the presence of some positive force—justice, goodwill, the power of the kingdom of God.

Living into positive peace requires that we learn, teach and practice dynamic forms of peacemaking which see conflict as an important tool to meet needs, address injustice, correct imbalances of power, and seek healing and reconciliation.  This is not the work of one training or even one lifetime; it is a daily path of skill-building, commitment, and spiritual discipline. Will you lend your creativity, sweat, passion, skills, and resources to build the craft of positive peace?  Let us work together to build “peace as a presence, an energy field more intense than war...” (Levertov, “Making Peace”).