Posted by Marie Benner-Rhoades 658sc on October 23, 2022
>> Add this event to your Google Calendar 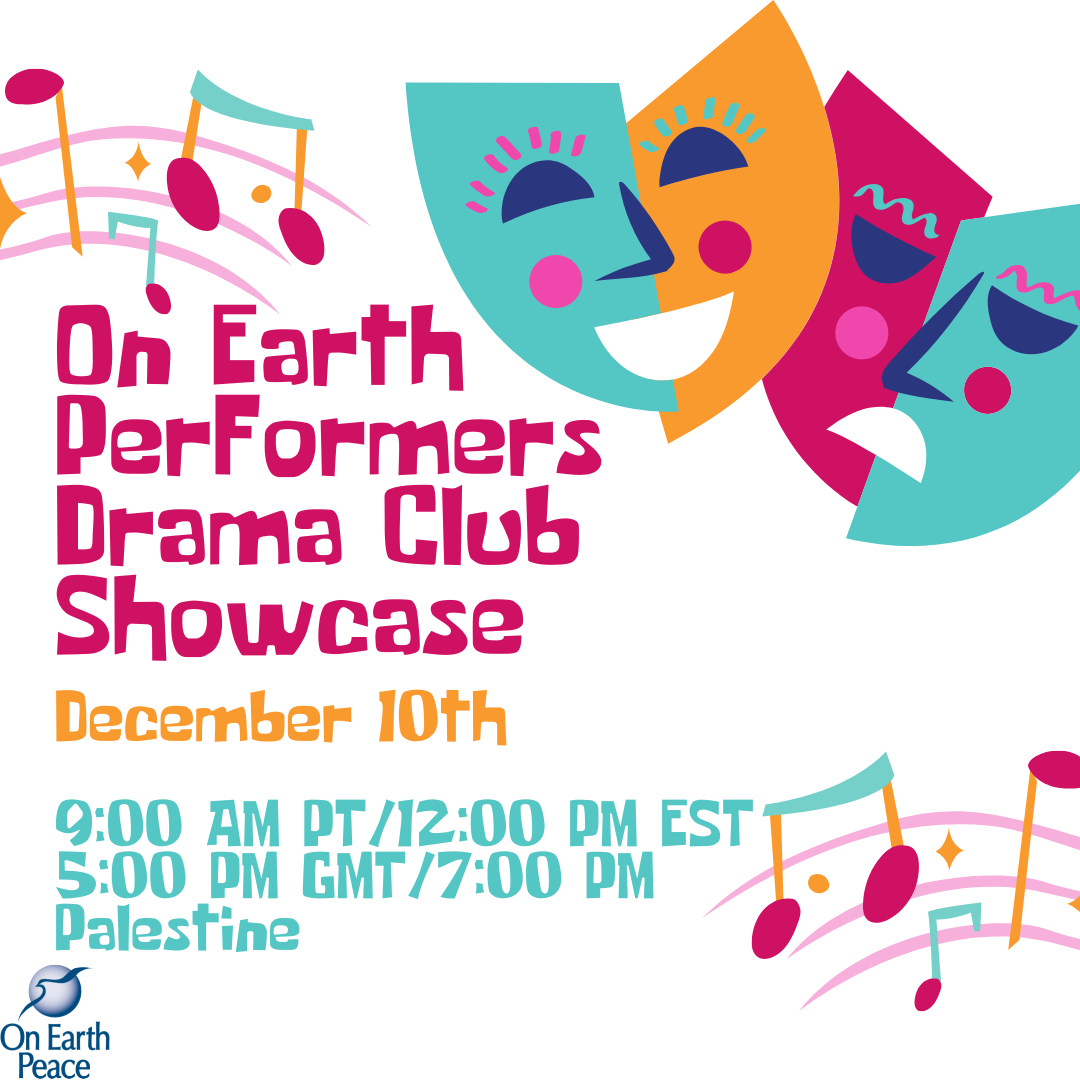 Over the eight sessions the children have been developing their own performances and are so excited to debut their creations! We have performances on themes of friendship, bullying and environmental concerns. The children from the US and Palestine have developed the stories and characters themselves and will be performing their narratives during the event! After all the children have performed there will be a Q&A with the cast, where audience members are invited to ask the performers about their work and the sessions.

This event will be a celebration of their creativity and hard work and we would love to see as many supportive audience members as possible!

On Earth Performers Drama Club sessions are facilitated by Simi Gill, our Children's Peace Formation Organizer who has an extensive background in Children's Development and Drama and Theater! She has currently finished studying a Masters in Applied Theater as well as working at Little Angel Theater in London, United Kingdom, who create puppetry theater for young children and their families.