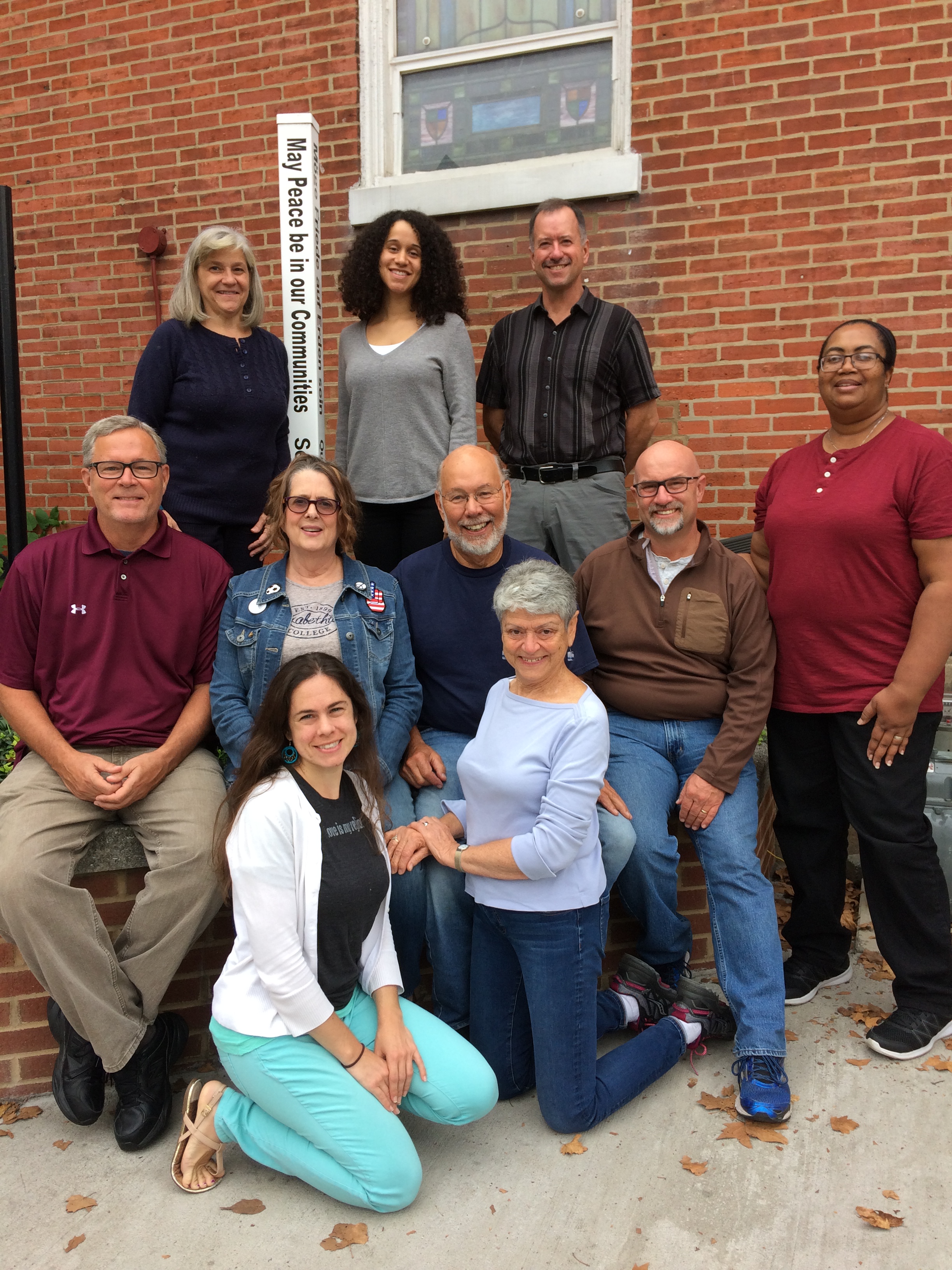 The On Earth Peace board held its fall meeting, October 4-6, 2018 at the First Church of the Brethren in Harrisburg, PA. The generous hospitality of this vibrant urban congregation was deeply appreciated. It enabled the board to continue its commitment to meet in people of color majority communities.

Most board members were able to be present for the meetings while others participated through Zoom video connections. Russ Matteson represented and reported on behalf of the Council of District Executives.

The meeting marked the three-and-a-half-year anniversary of the official launch of the board’s Anti-Racism Transformation Team (ARTT). This racially diverse, nine-member team guides the On Earth Peace board in meeting its commitment to become a multicultural “beloved community” of Jesus focused on overcoming conflicts rooted in racism and oppression. Carla Gillespie, who serves as co-chair of ARTT along with Heidi Gross, presented their report.

The anti-racist transformation which the board is seeking began to take shape with several recommendations approved at the meeting. A new calling process and leadership structure was approved. The new structure allows forpossibilities seen in a previous experiment with a co-chair model. The hope was that the organization might be led by an inter-racial team. Toward that end, a careful calling process was approved utilizing white and people of color caucusing groups. Each separately discussed how internalized racial superiority and oppression shape and mis-shape questions and images of leadership. Then each caucus separately prepared slates to present to the full board. Remarkably, both groups independently came up with the same slate calling Melisa Leiter-Grandison and Irvin Heishman to serve as co-chairs of the board for the next two years. The slate was then affirmed through the board’s values-based consensus process which is used for all board decisions.

The board also called new leaders for its executive committee.  Jordan Bles will chair the finance committee. The nominating committee will be chaired by Caitlin Haynes. Beverly Eikenberry will chair the advancement and personnel committees. The latter were asked to work together on a new overall board committee design which will better serve the board’s governance responsibilities given its new commitments and challenges.

On Friday evening, the board welcomed Charlie Miller, Outreach Coordinator for Christian Peacemaker Teams.  Jennifer Keeney Scarr, OEP’s newest board member, then shared learnings from her work as a CPT reservist in Colombia.  She followed her report with a dramatic rendition of the story of Rizpah found in 2 Samuel 21:8-11, a heartbreaking yet inspiring story of dignity in the face of violence and injustice.

The board expresses thanks to several members who have completed their service with the board including Erin Gratz, Barbara Avant, and Cheryl Thomas.  Christy Crouse, who has stepped down to pursue studies at the University of Chicago Law School, interacted with the board by Zoom to share about her year of teaching English in Colombia.

The finance committee reported adequate income for 2018 for organizational program expenses including significant one-time bequests. These generous gifts from legacy donors are playing a critical role in this time of transition in our work and finances and are deeply appreciated.  However, the finance committee and board are monitoring carefully three-year goals toward long-term sustainability. Confirmation of a 2019 budget will be considered in January following year-end actual reports.

Following the meeting, several board members and staff journeyed to the Atlantic Northeast District Conference.  As representatives of OEP, they sought to provide a supportive presence for persons distressed by proposals on the conference agenda which would have revoked the ordination of pastors offering pastoral services to LGBTQ+ persons.

The board concluded its meeting with a two hour conversation led by OEP’s executive director, Bill Scheurer.  Formatted as a “Jeopardy” game, the board responded with answers to what the most important questions are for On Earth Peace at this time.  The answers in the form of questions will be the basis of conversations that will be continued at the spring meeting.