Misogyny in the Olympics 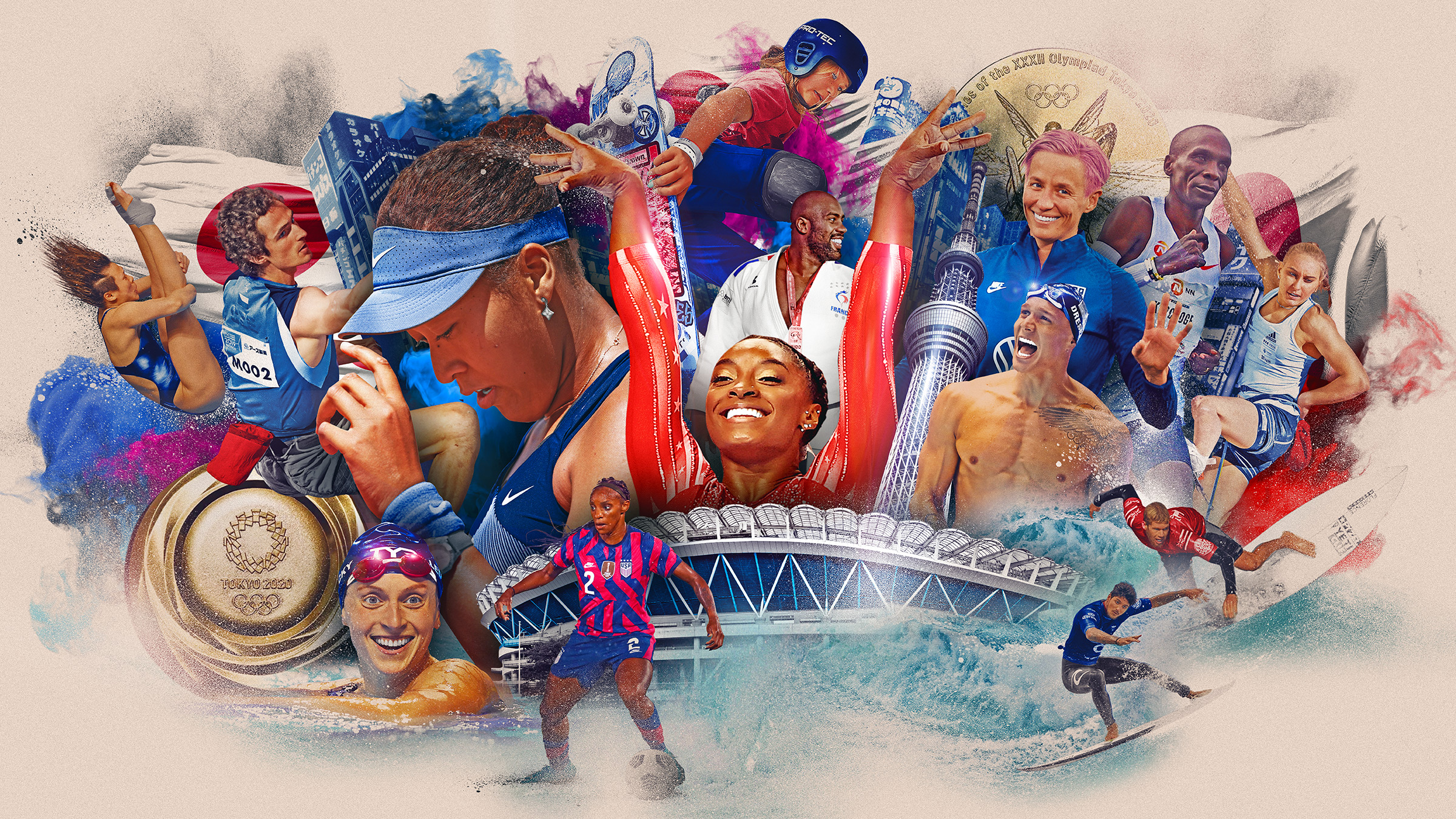 Illustration by Neil Jamieson for TIME

Caption: An artist's rendition of several Olympians competing in their respective sports for the 2020 Summer Olympics.

Every four years my family and I, along with millions of other families, huddle around the TV to watch the Olympics. During the summer however, the TV is not on. Instead of watching the sports we admire, like soccer, skateboarding, or gymnastics, we do it ourselves and cheer for one another. We set the stage like any other sporting event: rules with an objective, consequences for rules being broken, along with winners and losers. That is what we would call a “fair game."

The games of the Olympics are world renowned, streamed all over the world from the United States to Kenya to Russia. These countries, along with caring about winning, also care about subjectivity - the worldwide interpretation of the players as it reflects back on the Olympic committees.

In 2019, Laurel Hubbard, a transwoman from New Zealand, competed in the Pacific Games in Samoa and won a Gold Medal. Hubbard is also the first transgender athlete to qualify for the 2020 Tokyo Olympics. According to BBC News, critics compared this allowance to doping and feared it could cost the New Zealand team a medal.

Regardless of the feelings about whether a trans person is the gender they identify as, the Olympics presents itself as an international political actor. Within the Olympics, the variety of committees act as a bureaucracy, as in they decide “who gets what,” and they act on this even more so when it comes to identities that are not internationally normative, especially when it comes to women. We already live in a patriarchal society, but the Olympics adds to these layers by having the standards for women heightened: long hair, appearing feminine (not too muscular, they need to have lean muscle only), not acting manly, and having outstanding sportsmanship. Lia Neal, a Black swimmer, in 2021 was sponsored by SoulCaps, originally was not allowed to wear this specific swim cap because it did not fit to the “natural shape of the head." Gabby Douglas in 2012 was made fun of for her hair during routines. Maria Jose Martinez Patino decided not to participate after failing sex tests for having double X chromosome, but her testerone were on par with a man.

The Olympics creates compulsory heterosexuality, based on “natural tendencies": women must appear as what “a woman who likes men should look like." There is not one way someone is supposed to look, nor should that be a thought while training to do a rhythmic gymnastics routine. These ideas of what is natural or unnatural also become oppressive as it is not inclusive to socio-cultural and political ideas of what normative gender looks like. The oppressiveness of these tendencies becomes even stronger when the Olympic’s idea of “natural tendencies” gets put to the test. In this case, with sex-testing and overwhelmingly high standards set for black women being due to misogynoir.

In 2000, compulsory sex-testing was finally put to an end. Now, the Barr body test and the Polymerase chain reaction test examine the reactions of the XY chromosomes (if the reaction is atypical that means they are a different sex or gender). However, neither of those tests account for the genetic variation of those chromosomes (genetic variations include but not limited to: Superwoman, Turner syndrome, and intersex). The Olympic committees also created the 2005 Stockholm consensus to come in as a binary gender designation, to determine someone's gender when the International Olympic Committee cannot come to a decision. However, this binary barely fits that definition at best - there are few subtle differences.

Now, sex-testing is used when an athlete is suspected of not being their gender, and this often affects Black female athletes like Caster Semanya, Christine Mboma, and Annet Negasa. This occurs from the masculinization of Black women from misogynoir that isn't limited to athletes from Africa: Black American athletes like Serena Williams, Simone Biles, and Gabby Douglas have also been masculinized by the media. This masculinization stems from the mindset, “They’re so good, there’s no way that is in their nature."

The point of the Olympics is not only to entertain, but to show extraordinary people doing extraordinary things. These athletes perform and train at an intensity that is nowhere near what an average person can do. However, these athletes are almost like supernatural beings, and their muscular bodies get obsessed over in order for the ignorant to make sense of things. "There must be a reason other than skill that these athletes are exceptional in their respective sports." Because of this, several Black female athletes have restrictions set on them. Simone Biles has a signature move she's not allowed to do because other people cannot do it. Suyra Bonaly, a French ice skater, received a major reduction in her points when she perfectly landed a 1080, a triple backflip. FloJo, an Olympic trackstar, was thought to have taken stimulants and steroids because she was 'too' fast.

At the end of the day, if an Olympian does not fit into the normative idea of a woman, man, or general athlete, they get forced to politicize their identity until it becomes accepted into “the international” meaning, universally normative. And now after reading this article, did I force you to politicize the huddle around the TV for the next Olympics and for every four years after?

In doing this research, it definitely did that to me. If this did not “force” you, at the least, this has opened one person's eyes to see everyone is in the audience, but everyone that we see may not get a fair chance. Even in light of their moral character, their ambition, or their attributes, we must acknowledge things like this to have discourse, educate one another, and slowly reach our communities into accepting those that differ from us. That is what I hope is kept in mind while huddled around the TV.