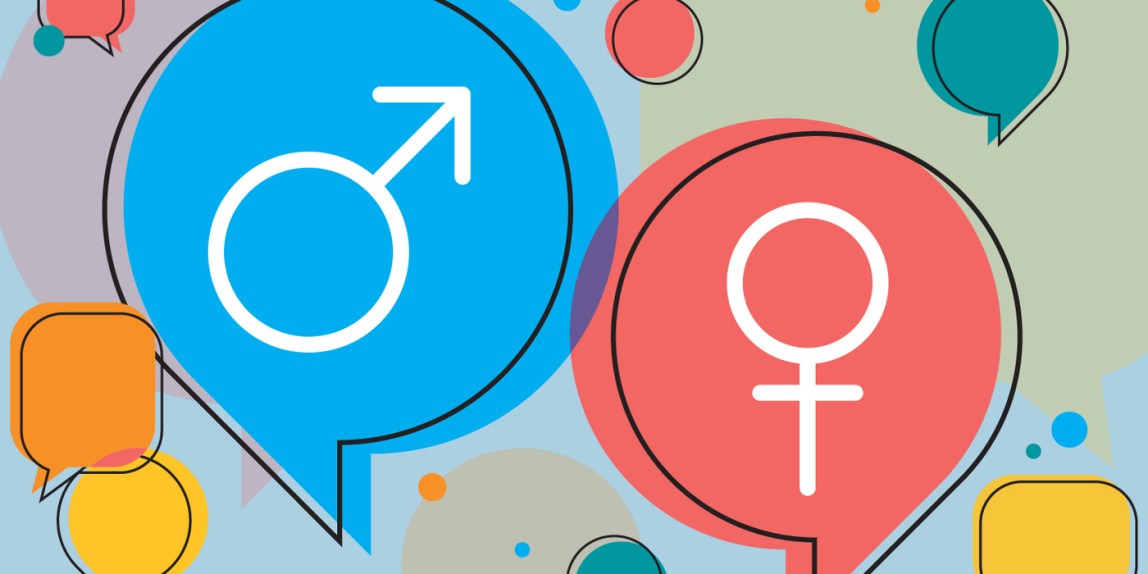 The language we use matters. The words we choose and the ways we write them have the potential to either reinforce or oppose normative understandings of power hierarchies. When it comes to gender specifically, there are some explicit ways language perpetuates the patriarchy. It is no secret that the word “woman”/ “women” simply cannot be spelled without the word “man”/ “men.” The implications of this reveal themselves in the culturally prominent idea that women are innately dependent on men. In other words, not only are women regarded as inferior to men, but they are also thought to need men in order to be successful or valuable.

These spellings reinforce a hierarchy that disadvantages women in very calculated and intentional ways. Masculine coding is present in many words that wield significant influence on how we conceptualize binary gender separations. Notably, “human”/ “humanity,” like “woman”/ “women,” also depends on the inclusion of “man.” This implies men as a collective default, making women inherently second class in nature. Other noteworthy examples are the words “history” and “hero”: the presence of “his” is “history” inherently excludes the contributions and achievements of women and non-men, while the “he” in “hero” ties ideas of bravery, strength, and idols to masculinity.

Expanding on masculinity as a collective default, think about what is considered gender neutral in our existing language. There are many words with both a feminine and masculine form--and, in the absence of an option that is gender non-specific, the general consensus is for the masculine version to function as representative of everyone. This usage reinforces the idea that men are the template for all people, regardless of differing bodies or genders.

Some examples are: god (vs goddess), emperor (vs empress), master (vs mistress), hero (vs heroine), congressman (vs congresswoman), salesman (vs saleswoman), mailman or postman (vs mailwoman or postwoman), fireman (vs firewoman), policeman (vs policewoman), waiter (vs waitress), and actor (vs actress). For these and many others, the masculine forms can function as either specific to men, or as a blanket application to all genders and bodies. On the other hand, the feminine forms exclusively function as an optional specification towards womanhood. This supports a gendered hierarchy in which masculinity is considered all-encompassing, and therefore is granted much more power and influence as compared to femininity.

Language is always changing, which makes being conscious of the language we use an ongoing effort. One of the primary ways language is shifting as it relates to gender is to best accommodate, affirm, and support people of all genders, including those beyond or outside the binary. To learn more about linguistic alternatives to male-dominant language, check out OEP-GenderJustice’s Facebook Unit, “Gender & (Changing) Language.”