Farming in Palestine Under the Occupation 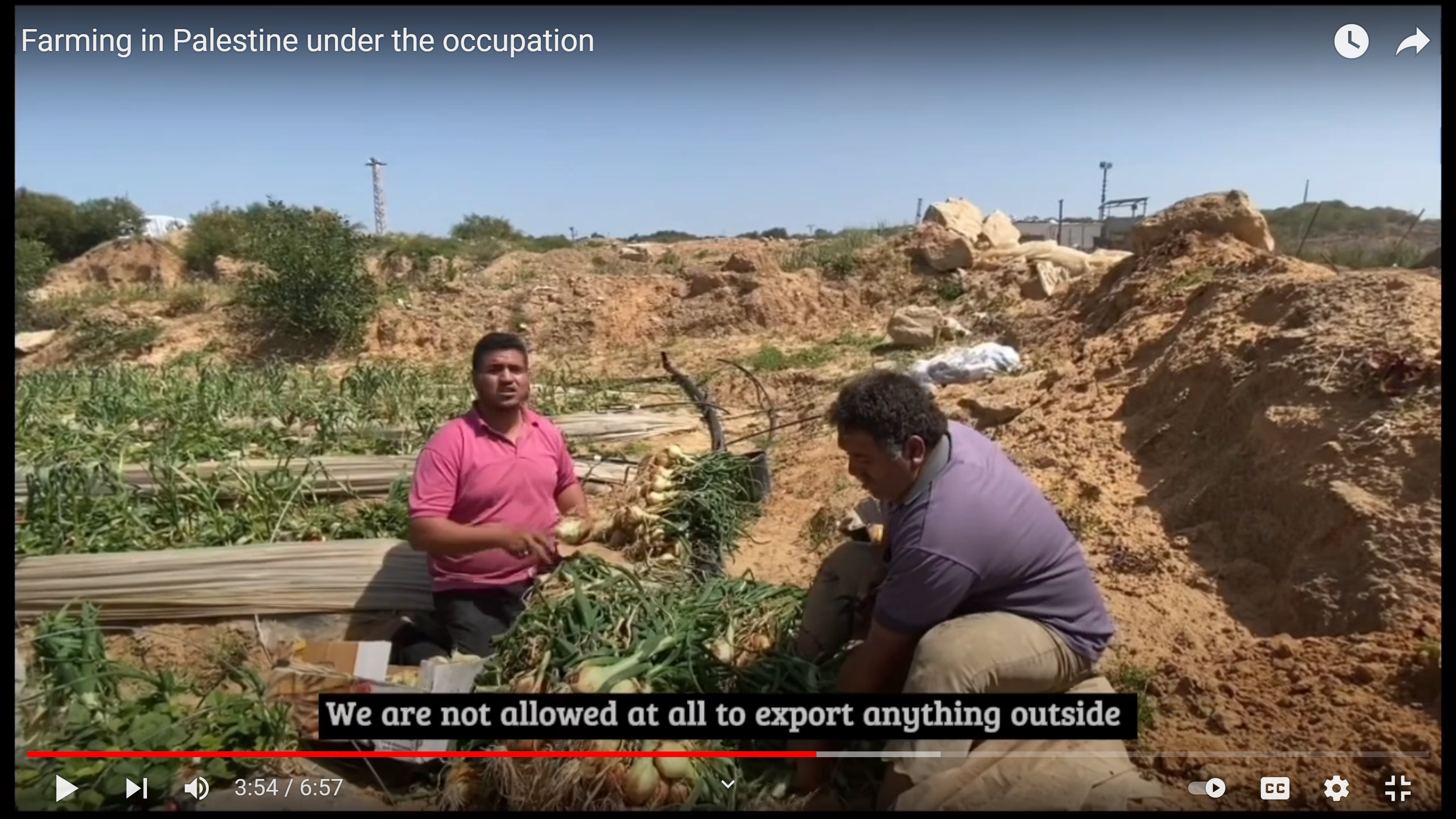 Farming in Palestine under the Occupation

The Palestinian financial situation has worsened as a result of reduced aid and Israel's withholding of Palestinian income, posing hazards to the whole economy. The situation is compounded by the loss of Palestinian economic earnings due to smuggling, as well as the loss of tax money on imports through Israel, which would expand Palestinian economic policy space. Furthermore, Israel continues to impose limitations on migration, land, and productive resources, resulting in increased poverty and unemployment. These situations are projected to worsen. The worsening economic crisis sparked political unrest in the Occupied Palestinian Territory, dimming expectations for a political settlement. Economic growth is expected to slow much further in the near to medium term. The continuous Israeli restrictions on the movement of Palestinian people and goods, the expansion of settlements, the growing inability of Palestinian producers to access productive resources, the decline in aid flows, and pervasive political and economic uncertainty have exacerbated structural constraints on economic development.

Any agricultural study on Palestine will offer catastrophic expectations for this sector. Agriculture is contributing less and less to the national GDP as a result of deliberate Israeli limitations on access to agricultural areas and water supplies, as well as a lack of vision by the Palestinian leadership on how to expand the industry. Because the industry employs a declining percentage of the people, agricultural land is being replaced with industrial developments, thereby undermining one of the most fundamental aspects of Palestinian identity. Palestine's ability to develop sustainable agriculture is hampered by competition from Israeli products. Thousands of Israeli items enter Palestinian marketplaces every day, competing with local manufacturers. Farmers' only option in many situations is to watch their food decay in never-ending roadblocks, border inspections, or on their fields. This leaves them unsure of where and how to sell their products, as well as despairing of competing against the flood of low-cost Israeli products.

Gaza was a major trading center and port city for the incense trade in antiquity. Today, amid the horrors of an ongoing blockade and closure, as well as recurrent wars, assaults, and suffocating restrictions, it is clear that the occupation not only intends to wreak havoc on the civilian population, their buildings, and infrastructure, but also to destroy the civilian population's links to their land, traditional crops, and water sources. Natural resource-based livelihoods have been progressively degraded and destroyed. The occupation has utilized this degradation to convert the working Palestinian populace into a dependent category. Farmers in Gaza who have been fighting for decades to defend and farm their land in the dreaded "buffer zone," as well as fishermen who face continual danger when venturing out into the narrow fishing zone controlled by the Israeli naval blockade, are among the most vulnerable. Gaza was once known for its citrus production and export, which employed 30-40% of the Gazan labor in the 1950s and 1960s. Due to the support of the Israeli military administration, Palestinian culture in Gaza began to shift toward the cultivation of strawberries and flowers after 1967, in order to suit the demands of Israeli and worldwide markets. During the second intifada, Israeli occupation forces destroyed over one million trees, the majority of which were citrus trees, by prohibiting farmers from growing low-lying crops, particularly in access-restricted areas, in conjunction with aid projects that encouraged such agricultural production. Citrus is currently imported from Egypt and Israel, which is unfortunate.

Palestinian farmers and producers are oppressed by Israel's occupation, which violates their rights. As the authorities continue to impose collective punishment on the Gaza Strip population, including increased restrictions on the flow of imports and exports into and out of Gaza, citizens' economic and social rights are being significantly harmed. In the most recent round of collective punishment, the occupation authorities put absurd criteria on Gaza merchants and producers, insisting that they remove the green stems from tomatoes before shipment. This circumstance comes after an export embargo that lasted over a month after Israel's war on Gaza ended, causing farmers significant losses on top of the losses experienced as a result of Israeli bombings on lands and agricultural infrastructure. The Israeli authorities continue to ban the export of Gaza products, except for limited items that are mostly exported into West Bank markets, a small percentage is sent to Israeli markets and others. After a one-month halt following the Israeli Occupation Forces military onslaught on Gaza in May 2021, the occupation authorities authorized limited goods and clothing exports. This has resulted in a serious worsening in the Gaza Strip's economic situation, particularly for those in the agriculture sector. They became unable to meet their families' basic needs because of their lands being shelled and destroyed during the aggression. Also, the Gaza Strip's repeated economic crises have resulted in hundreds of people losing their jobs.

In conclusion, agriculture in the Palestinian context has always been much more than a source of wealth that farmers want to maximize and develop. It also reflects a sense of connection and loyalty to the ancestral land that is crucial to Palestinian identity. Sumoud (steadfastness) is a phrase developed to describe Palestinians' connection to their homeland that goes beyond current ideas of nationhood and statehood. This notion identifies Palestinians as land stewards, to the point where their dignity and honor are tainted if their land is taken away illegally. Maintaining the land is thus a commitment and a pledge taken by Palestinian farmers to maintain their identity.

Strawberry Cultivation and its Impact on the Palestinian. (2015, March). Mohammed A. Shatali. https://mobt3ath.com/uplode/books/book-18565.pdf