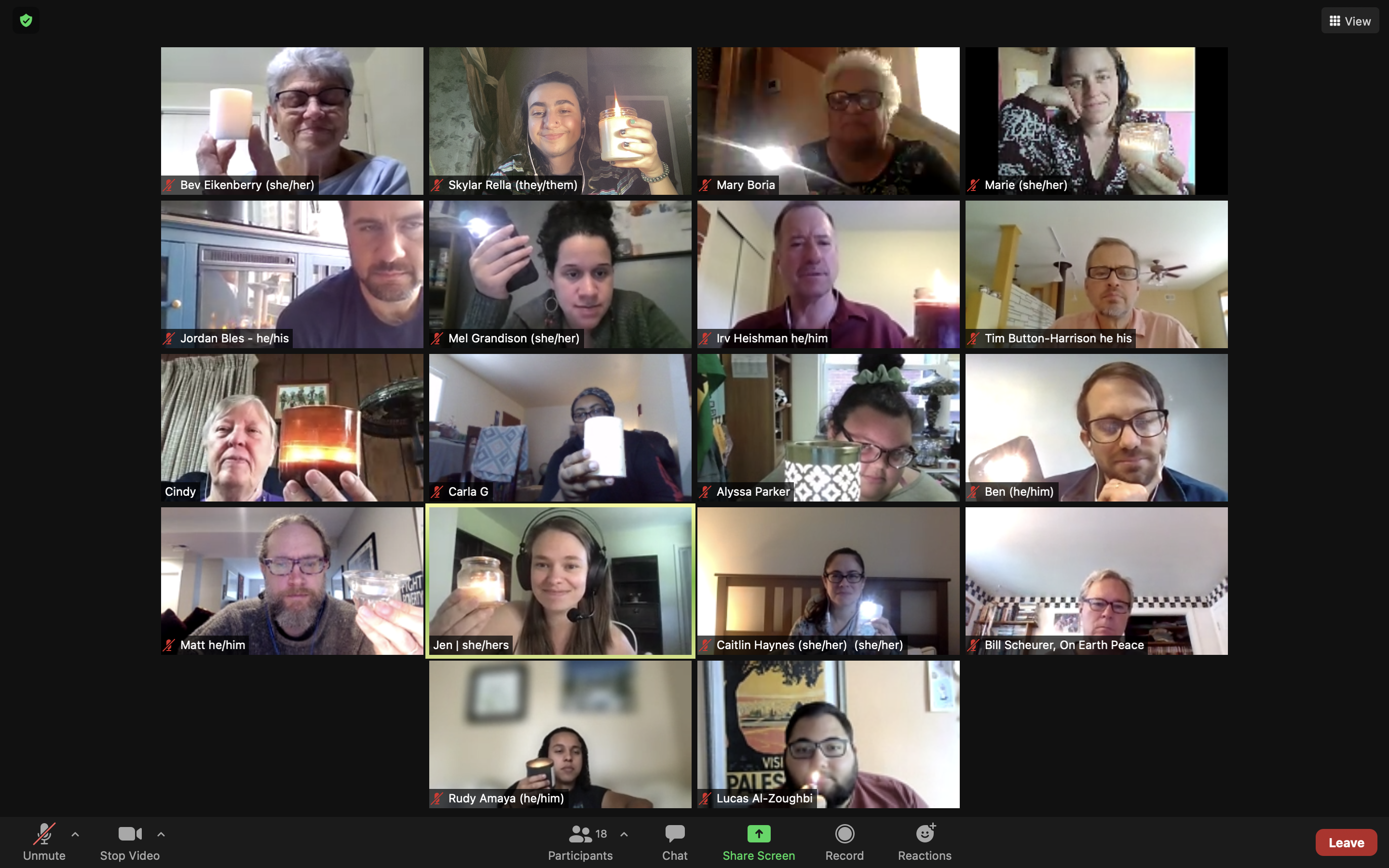 OEP’s Executive Director Bill Scheurer opened the meetings with a time of worship focusing on the words of John the Baptist who said, “he must increase but I must decrease” (John 3:30).  In his devotion, Bill affirmed the important work of those who make space for a new generation of leaders after preparing the way for them. This set the stage for the board to have difficult conversations about how to staff with a growing cohort of interns and persistent structural deficit.  After careful consideration, including two hours of racial caucusing, to explore the ways in which internalized racial superiority and inferiority play into decisions, the board decided to eliminate the position of executive director effective at the end of the year while continuing to fully support expansion of the  internship program. An interim period will begin in 2022 in which the board and staff will discern what new staffing structure will best serve the OEP program and commitments.  In addition, the board will consider how to create a supportive working environment for people of color and/or those who identify as LGBTQ before any future staffing hires are made. Responsibilities previously assigned to the executive director will be distributed among staff, board, and interns during the interim period.  The board plans to formally recognize Bill Scheurer’s tenure and leadership in the near future.

In other business, the board approved updated bylaws in preparation for a meeting of members for final approval.  The OEP membership meeting will be on Nov. 21 via zoom meeting.  The most significant change in the bylaws is a reduction of the size of the board from fifteen to twelve.  An updated participant protection policy was also approved providing new preventative measures to assure the safety of persons participating in OEP programs.  A report on the conversation underway with the Standing Committee Task Team was shared.  The board also discussed what purpose and goals would be a worthy basis for conversation with the Council of District Executives.

The board continues to be challenged by its Anti-Racism Transformation Team (ARTT).  This team has received advanced training in helping institutions transform themselves toward freedom from oppressive practices. With this capacity, the team operates to hold the board accountable to its anti-racism, anti-oppression commitments and provides recommendations to help the board continue making needed progress. The ARTT led engagement this fall focused on a strategic plan to intentionally move the organization in its anti-racism/anti-oppression commitments in the coming year.  Perhaps, the obvious should be stated.  Oppression in any form is a kind of violence which undermines safety and well-being and therefore must be addressed for an authentic peace to prevail.

With anticipation, the board approved the first of what is hoped to be an annual board-organized, community-building fundraiser.  Highlighting the Community Action Learning group focusing on Palestinian Justice, OEP invites everyone to reserve the date, Dec. 5, for a online Palestinian Cooking Class.  Participants will receive an ingredients list ahead of time along with an On Earth Peace Christmas Ornament made in Bethlehem of olive wood.  The chef is Marcelle Zoughbi, a former OEP intern who was born in Jerusalem.  Stay tuned for more information including a promo cooking class for children.