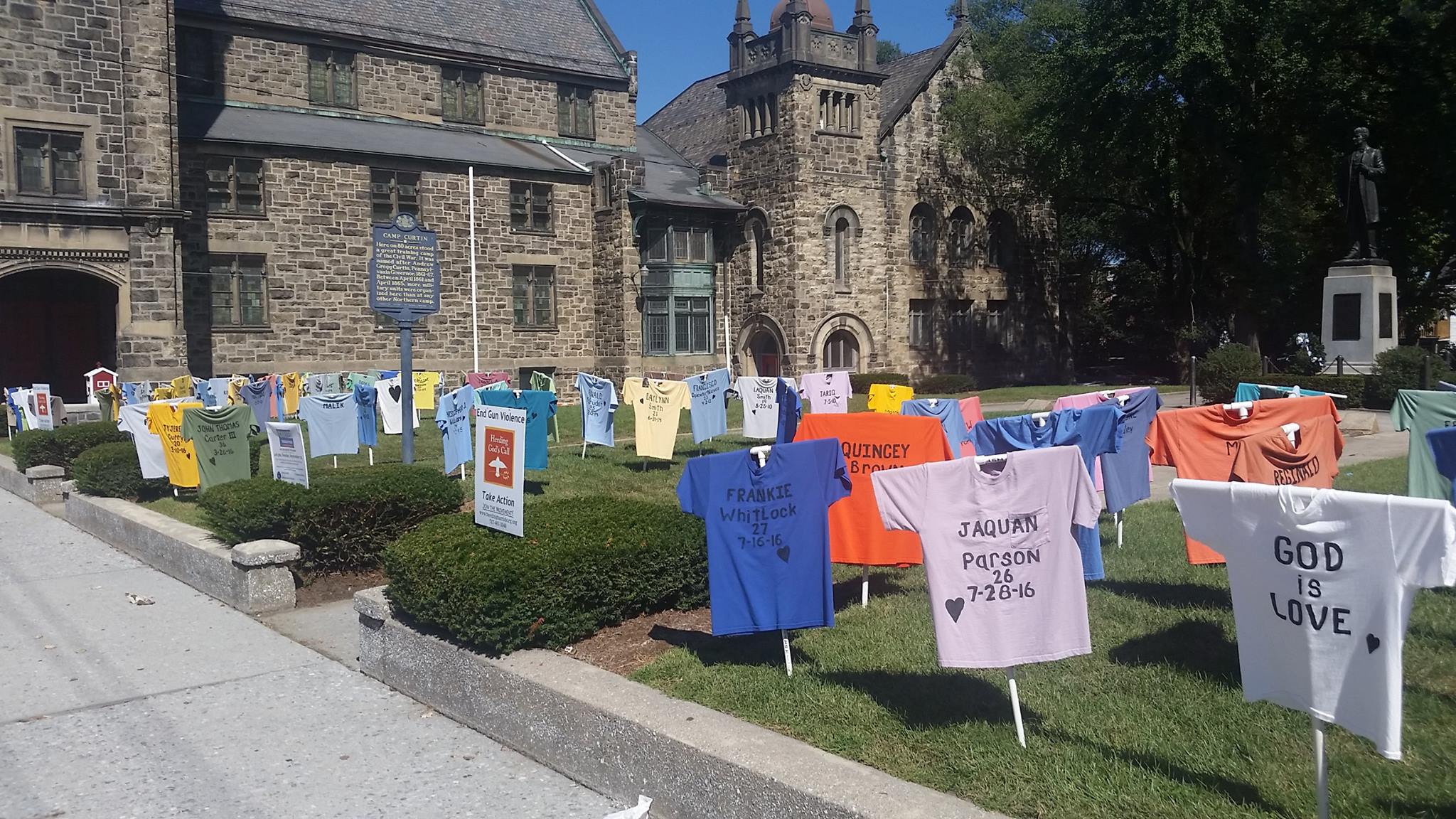 Harrisburg First Church of the Brethren has been involved in responding to gun violence for more than ten years and has been a leader in the Church of the Brethren on issues of gun violence. Gerald Rhoades currently serves as chair of Heeding God’s Call to End Gun Violence - Harrisburg, with three other members of the congregation also active in the faith-based effort. Pastor Belita Mitchell previously served as chair. HGC-Harrisburg organizes quarterly vigils for victims of gun violence in Harrisburg, and connects with the families of the deceased. They are now organizing an art project called “Souls Shot,” in which they recruit artists to create portraits of gun violence victims, which are then exhibited to remember the victims and foster community conversation. There is an annual “Memorial to the Lost” on the International Day of Prayer of Peace, which displays t-shirts for all gun victims in Harrisburg since 2009. Pastor Rhoades shares, “We are trying to get houses of faith to focus on this problem, and trying to especially activate suburban voters and people of faith. We are starting conversation within local faith congregations to try to expand the conversation beyond people who are already involved. Faith communities, especially in the suburbs, are often hesitant to engage in those conversations, and we think we can help them engage in that dialogue.” For more information, visit https://www.heedinggodscall.org or email Gerald Rhoades at [email protected].

This work of First Church Harrisburg has helped inspire On Earth Peace to enter this work and join the coalition led by The Newtown Foundation organizing national and nationwide vigils and events each December, remembering all victims and survivors of gun violence everywhere, raising awareness, and keeping this critical issue front and center throughout our nation.

In Harrisburg, former OEP intern John-Michael Cotignola-Pickens, who is involved with Heeding God’s Call-Harrisburg will speak at the vigil on December 14.   Please register your #EndeGunViolence vigil or remembrance event -- or find one near you to attend -- HERE on the Newtown Foundation website. Their team will add your vigil/event to the map.