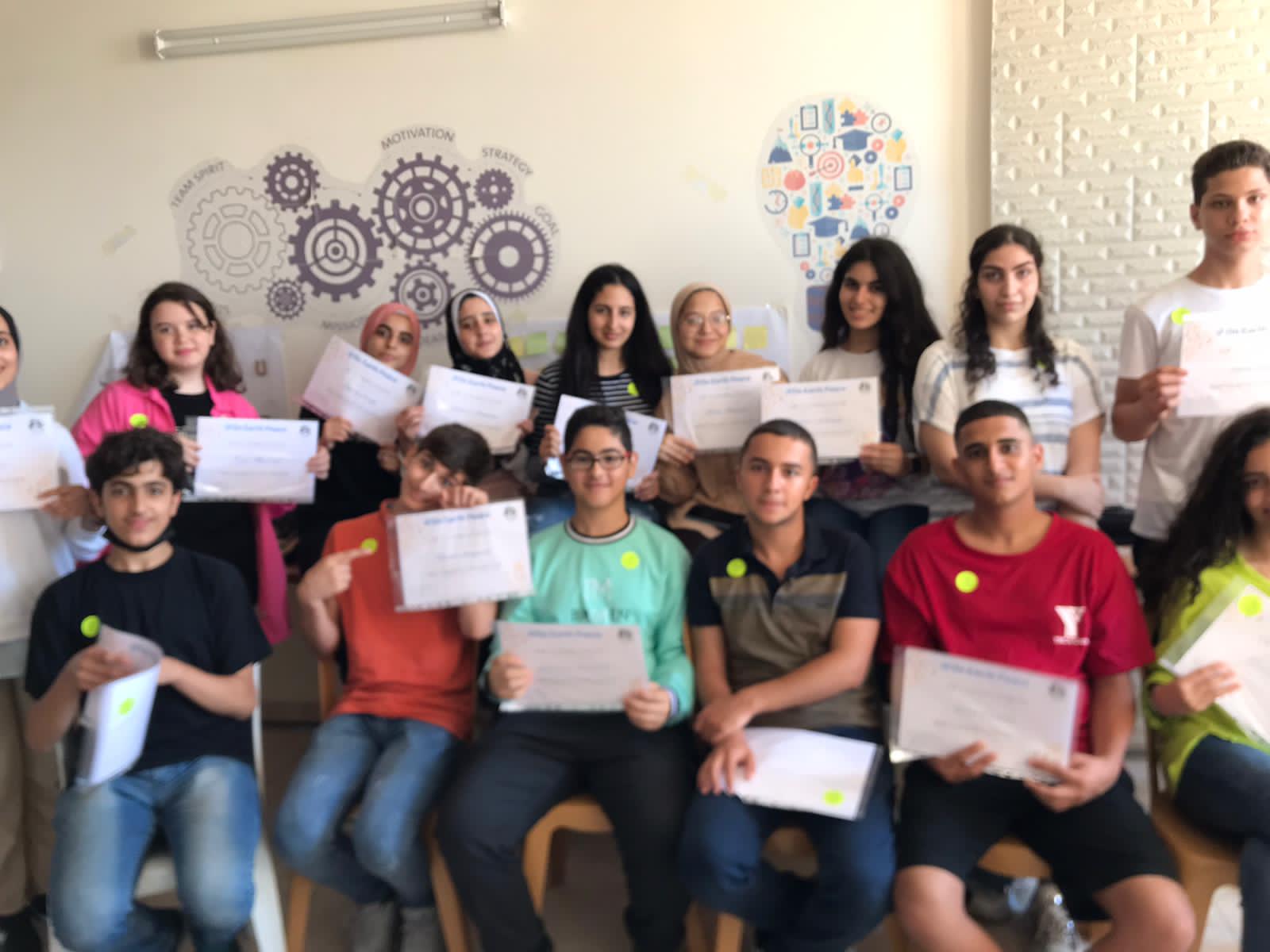 In June, two of our interns, Haya Selah (Palestine Justice Organizer) and Hadil Alhayek (Organizing Fellow), connected with Spark Innovation training program in Gaza, Palestine, to train youth in Kingian Nonviolence. The program utilized On Earth Peace’s Agape-Satyagraha training in conflict resolution based on Martin Luther King’s teachings. During the two-month program, Haya and Hadil taught 23 participants ages 14 to 18 how to resolve issues in their local community nonviolently. The teenagers not only engaged in critical conversations on topics such as racism and gender equity, but they also received public speaking training and gained confidence in their own leadership abilities. 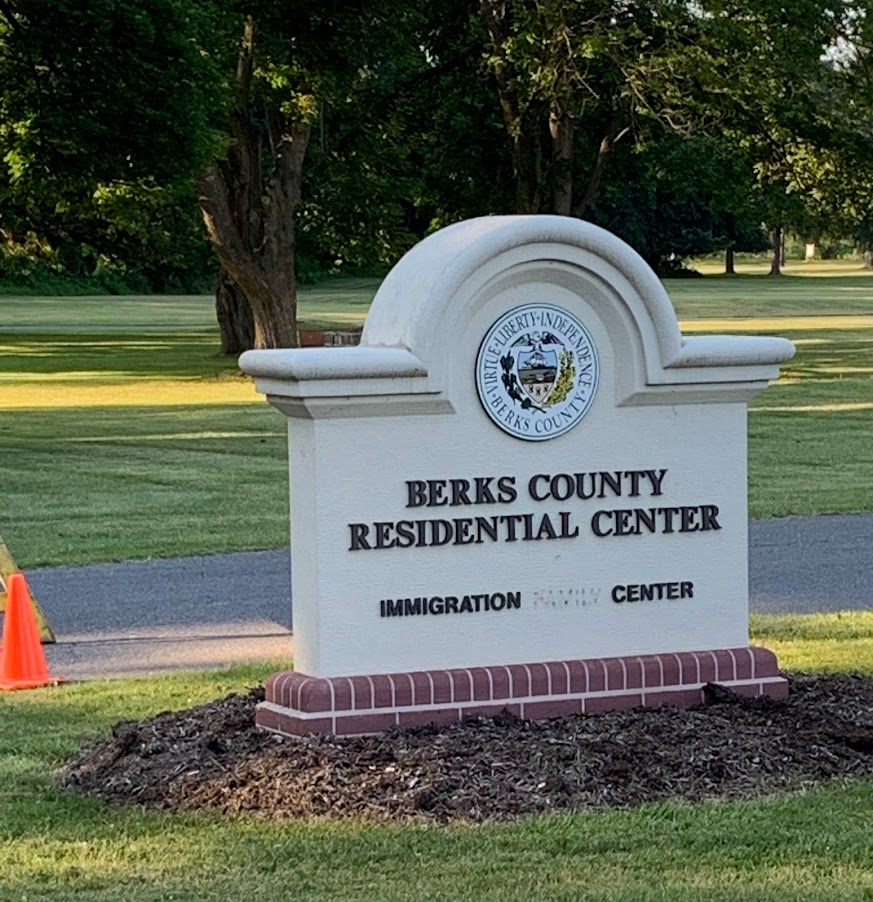 NO IMMIGRANT WOMEN’S PRISON IN PA! Vigil held by Shut Down Berks Coalition,

Since 2014, the Shut Down Berks Coalition has been one of the main voices defending the rights of immigrants, asylum seekers, and refugees in the Berks County area and beyond attracting supporters from all corners of the Commonwealth. This event was one of the group’s monthly events held outside of the Berks County Detention Center, recently renamed “Residential Center.” The center formerly housed detained asylum seeker families including many children. After being closed in part due to the pressure brought by SDBC and others, the facility quietly opened its doors again after the first of the year. ICE (U.S. Immigration and Customs Enforcement) has begun to bring immigrant women here where conditions, according to the Coalition’s social media, are even worse than before. The local community has been confused and distracted by the contract between Berks County Commissioners and ICE which touts the income and jobs coming into the community from the contract.

This vigil was my first encounter with SDBC and the Berks detention facility in Leesport, just north of Reading – Pennsylvania’s fourth largest city. Upon arriving to the lush, green multi-acre compound it was hard to believe that this was anything but a calming place to spend time. But then I saw the barricaded parking lot and fenced off areas in front of the main detention center where approximately 80 immigrant women are being detained by ICE. According to members of the Coalition who have managed to communicate with a few of the detainees, the women are being isolated from one another with little contact to others.

Tonya Wenger who is the coordinator of the Coalition gave an update on the group’s upcoming events as well as recent movements around the Center. Rev. Sandy Strauss, Director of Advocacy & Ecumenical Outreach for the Pennsylvania Council of Churches, led the vigil with prayer and reflections. She has also been an active advocate with this group and for immigrants for many years. In talking with Sandy before the vigil I learned that she and the others here have reached beyond the borders of Berks County to challenge this center’s existence, including protests at both the state and federal Capitols, in confronting legislators, and prior to the first closure, PA’s Governor.

I was also drawn in by two young men who are obviously very involved and dedicated to the cause and both of immigrant descent. In my conversation with Ezra, he was very open about his familial ties to immigration including the horrors experienced by relatives who made their way from Mexico and the continuing racism they experience even now as they have become hard working members of the community. “I compare immigration to Harriet Tubman bringing slaves to freedom in complete darkness and through dangerous spaces,” he shared. I found this comparison eye-opening but obviously true. “She told them to keep going even if it was hard and if they were in pain to ignore it,” he went on.

President Biden has clear authority to permanently close the Berks immigrant prison and release all women currently incarcerated at Berks by canceling the ICE contract with Berks County. The President does not need Congress for this action. President Biden’s stated priorities endorse an immigration system that “welcomes immigrants, keeps families together, and allows people across the country—both newly arrived immigrants and people who have lived here for generations—to more fully contribute to our country.” He campaigned on reducing immigrant detention. Instead, he has expanded ICE detention in PA, doubling beds at Berks and opening a 1900-bed private prison at Moshannon. (PICC, Campaign to Shut Down Berks - Pennsylvania Immigration and Citizenship Coalition (paimmigrant.org))

There are currently four detention centers operated by ICE in the state of Pennsylvania:

OEP encourages you to become active with either Shut Down Berks Coalition via their in-person or online events to close this facility and others in PA or find an organization in your own area. But do something! There are so many facets of the immigration system that go against the grain of basic human rights and social justice. OEP plays an active role in addressing and confronting these atrocities. Look for more announcements about direct action events as well as online opportunities to become involved. 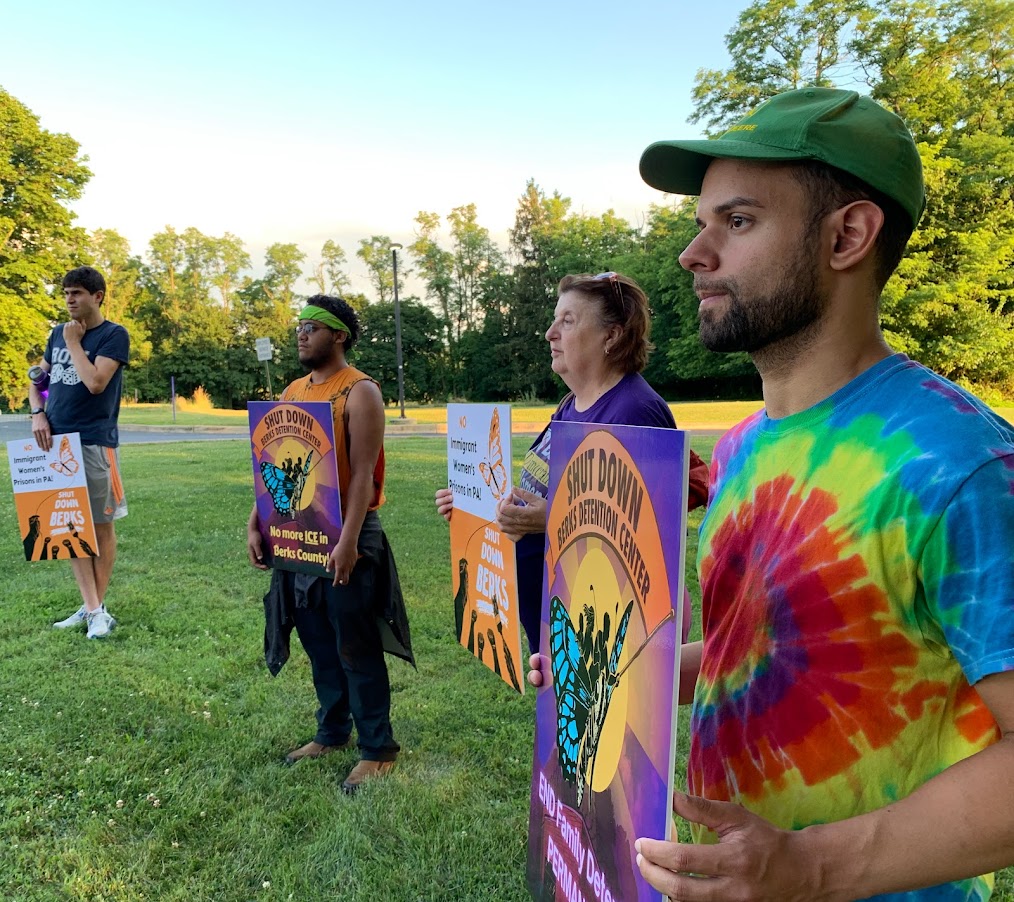 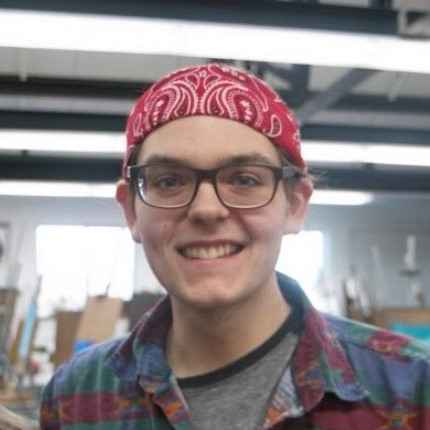 Calum Clow serves as OEP's Environmental Justice Organizer intern. He reflects on the impact that On Earth Peace has made in his life during his internship.

The values really resonated with me. The strong sense of kindness, and genuinely trying to do good, meaningful work is very clear. I was also drawn to the idea of working with a remote team of people from all over the U.S and the world. It was clear this was a place where I would learn a lot of valuable lessons. 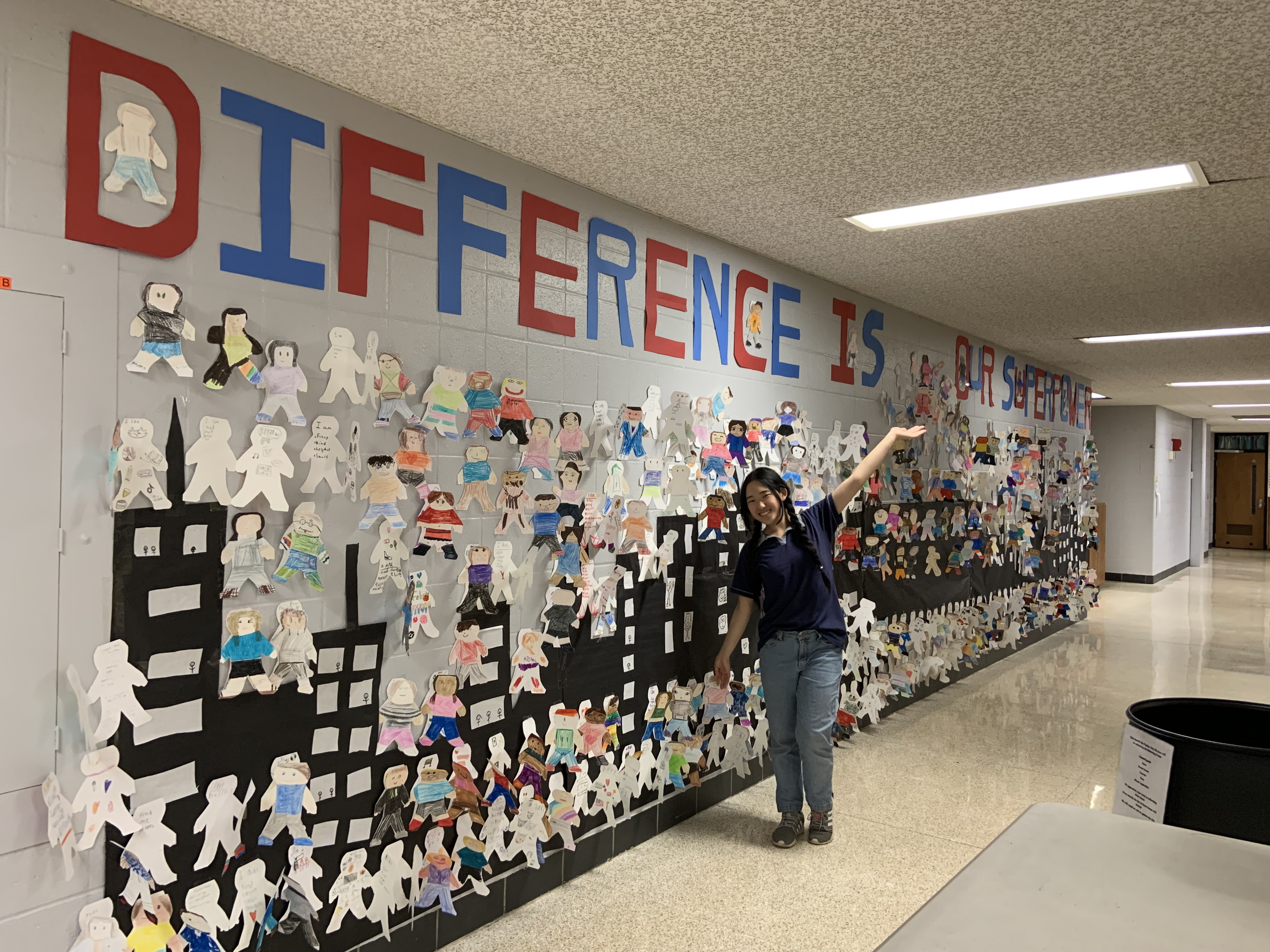 Recipient of the $500 Community Engagement Grant for Youth, Borderless Relations Committee (BRC) based in Findlay, Ohio, had a year full of engagement in their community. BRC is made up of students Christina Horn, Maree Iboaya, and Emi Kawamura, who went above and beyond to make an impact on their community's youth. BRC’s mission was to help create a sense of belonging by empowering students by celebrating differences and providing education about diversity. The students the committee sought to empower were local third to fifth graders by providing Reading to end Racism: Discussing Racism to Youth. 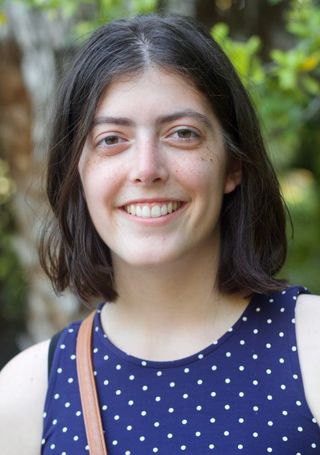 Hannah Bentley serves as OEP's Women's Justice Organizer intern.  She reflects on the impact that On Earth Peace has made in her life during her internship.

There were two things that initially drew me to OEP: the work environment and the organization’s values. More specifically, a work environment for interns in which not one person is valued over another, and which genuinely invites feedback; and values which are not only unwavering on important stances such as anti-militarism, but are at the same time constantly growing and changing. A previous intern informed me about these two practices, leading to my application for OEP. As I’ve worked here, I’ve found these two aspects of working at OEP to be wonderful.