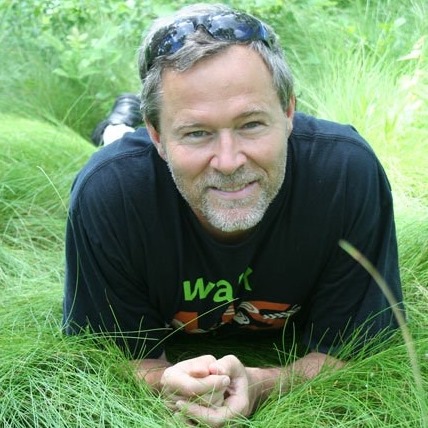 Caption: Bill Scheurer is looking at the camera, smiling.

Bill Scheurer completed nine-and-a-half years as OEP executive director before the organization decided to restructure in 2021. His position completes on January 7, 2022. The staff will work in a collaborative interim model until a more permanent restructuring in 2023.

Scheurer’s term of service was shaped by crisis and challenge within OEP, with the Church of the Brethren denomination, and in clarifying the organization’s identity. Bill reflects, “It’s been our shared work to address those three areas of crisis together as staff and board.”

With a style that deferred to the stewardship of staff colleagues while stating his own insights firmly, Bill led the way in focusing OEP’s work around two constituencies: youth & young adults, and churches & community groups. He strongly supported the staff’s work on a revamped internship program which led to more than 90 interns participating since 2016. He also supported the adoption of Kingian Nonviolence as a core framework for the institution’s life and work, lifting up Kingian principles and practices while celebrating OEP’s emergence as a vital center in the contemporary application of the Kingian Nonviolence legacy.

Bill brought to On Earth Peace his pre-existing relationships with organizations that resist the militarization of youth, and to the peace and nonviolence work of the Fellowship of Reconciliation USA, serving as board chair for FOR during his tenure at OEP. These connections built on earlier counter-recruitment work at OEP, linked to OEP’s origins preparing youth to resist the military draft as Christian conscientious objectors, and helped OEP become more visible in the family of peace and justice organizations.

In recent years, Bill prompted the organization to recreate its Values, Vision, and Mission, and to create a three-year set of Strategic Priorities (2020-2022). This work has offered a real consensus and foundation for reimagining the program and future of On Earth Peace. Bill celebrates that nearly our entire inner circle can tell you our values, vision, and mission!

By the end of Bill’s term, the organization was realistically grappling with longstanding financial challenges, and staff began to freshly address budgetary constraints with new plans and practices.

During the time Bill was executive director, OEP clarified our understanding that justice is an integral part of peacemaking, including continuing our twenty-year journey of anti-racism and anti-oppression.

Bill arrived soon after OEP’s 2011 Statement of Inclusion, and he was on his own journey with regards to anti-racism and anti-oppression. He arrived with next-to-no experience in diverse communities and had a steep learning curve on race, gender, and sexuality. A controversial OEP poster produced in 2015 which touched on race, gender, and sexuality helped catapult Bill to stand alongside the Statement of Inclusion and speak up for a more holistic anti-oppression stance and leadership.

Bill entered the organization during a period of internal crisis among staff and board related to anti-racism and anti-oppression.  These conflicts prompted Bill to develop new skills in holding or maintaining space, while also impelling him on his own learning path.

Bill led OEP’s engagement with the denomination in years of interaction with church officials around questions of full inclusion and work for justice.  During this period, many Church of the Brethren constituents and leaders maintained a steady stream of challenging engagements with OEP about our support for LGBTQ+ people and racial justice advocacy.  During this time, often together with OEP board leadership, Bill met with the Church of the Brethren Standing Committee, Leadership Team, Council of District Executives, Brethren Revival Fellowship leadership and constituents, and many others, to interpret our commitments as we sought to be faithful to our understandings of the work of Christian peacemaking and justice advocacy.

After a decade or more of discernment on the organization’s part, Bill was the director who moved us to join the Supportive Communities Network in 2019. As we joined SCN, Bill modeled how we might incorporate more voices as partners in our discernment and dialogue.  Bill also served as an ex-officio member of OEP’s Anti-Racism Transformation Team, which helps ground and develop the organization’s journey to being authentically multiracial and multicultural.

The nearly ten years of Bill’s tenure have been a period of momentous development for On Earth Peace, and as he leaves the organization is vibrant and expanding. We give thanks for Bill’s time and energy these past nearly ten years and offer our prayers of support as he moves into his next adventures.